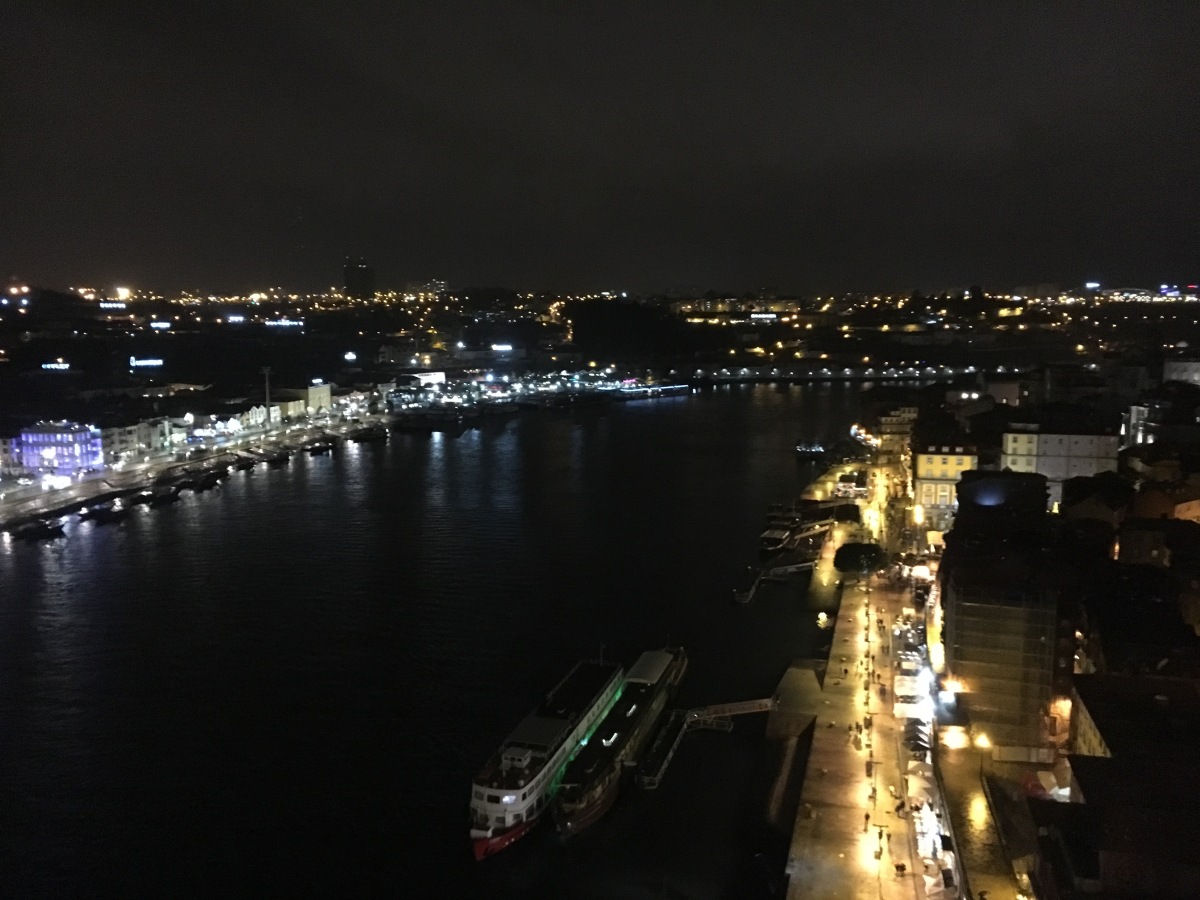 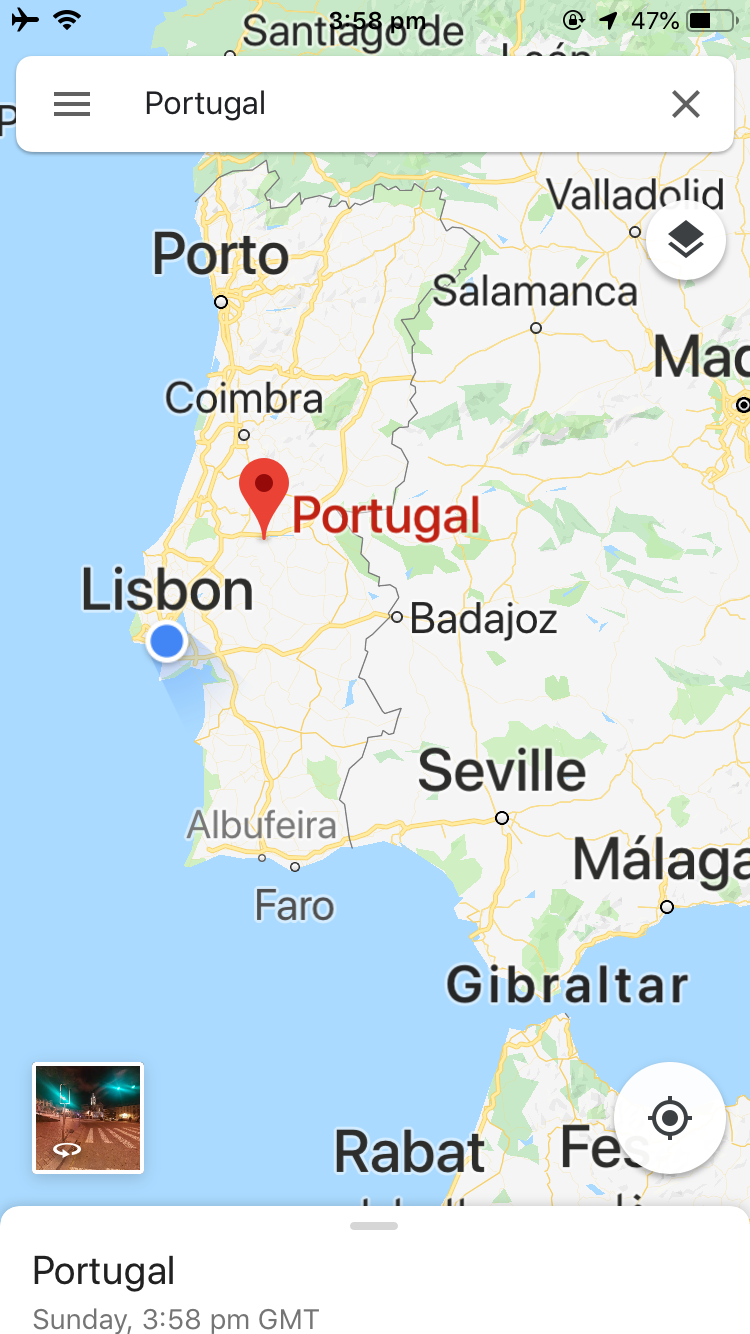 There are lazy days in Lisbon and then there are Long days in Lisbon.   The capital ‘L’ is not a finger mis-type – not at all.  In fact it should be a LONG day and even that would not adequately describe it. 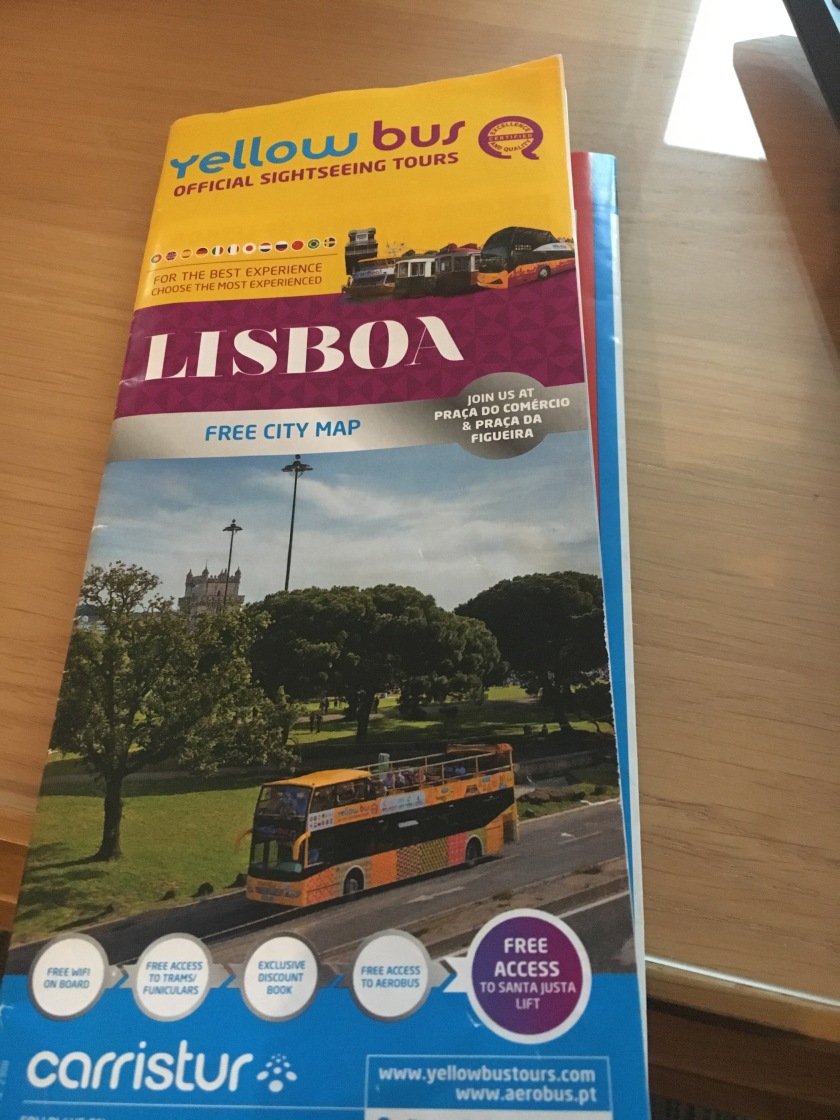 We had thought to use the red and yellow and even perhaps the purple busoes; reasonably priced, hop on/hop off, you know the type. 😉

However the charming young lady at ‘The Blue House’ had captivated us and convinced that her private tour with Paulo was the best option.

“Paulo is lovely, (which he is)

Paulo is very knowledgeable (which I am sure he is)

Paulo is funny (yes he made us laugh)

Paulo will take you everywhere (which he very definitely did)

And That, precisely was the point, or perhaps the ‘problem’.

We set off at 8am, after a coffee and banana, with the expectation of a long day.   And so it turned out – a long day followed by a long night 😴.

And lovely, knowledgeable, funny Paulo set off to show us all the best pastry shops in Lisbon …. and beyond.

Now I’m not saying there is anything wrong with pastry shops  – not at all.  In fact I love a good pastry – but a life time’s quota in one day 🤣 ?

Obidas our first ‘tourist’ stop was really quaint and interesting. 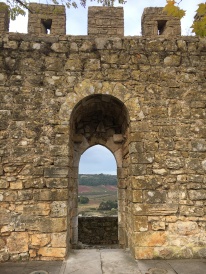 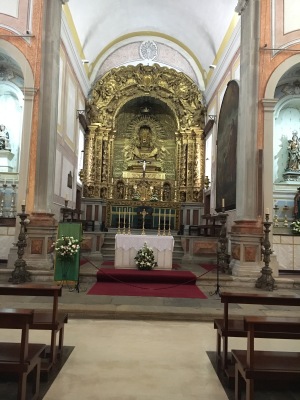 It is a constant source of amazement, at least to me, to see the size of the stone walls, the strength of the fortresses and love in the churches built in this case in 13 century, all with manual labour and plenty of it I should imagine. 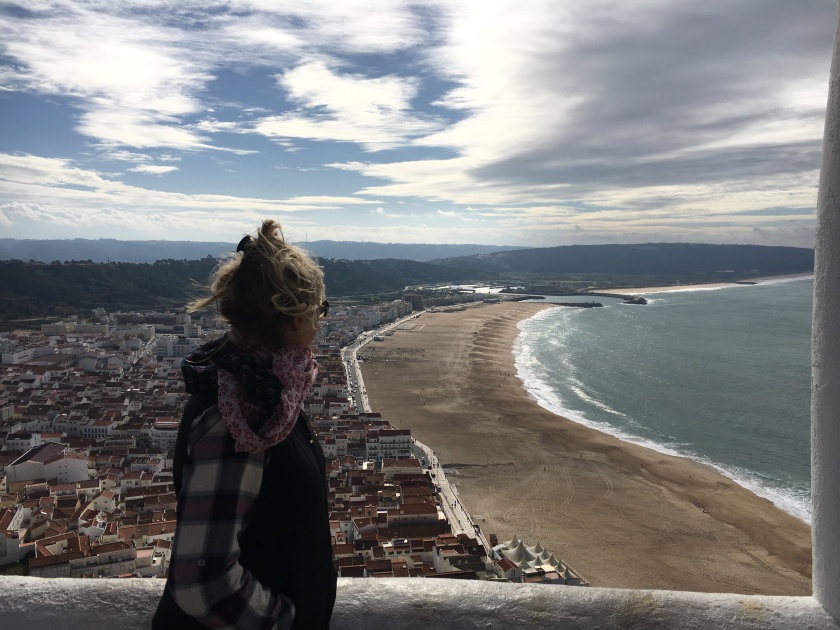 Which was Nazaré- which needs a whole blog to itself – I was blown away.   Almost literally and certainly emotionally. 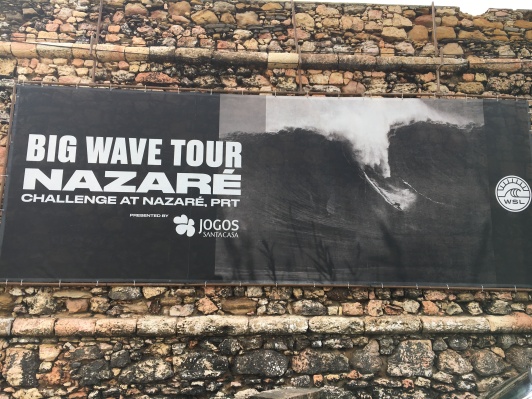 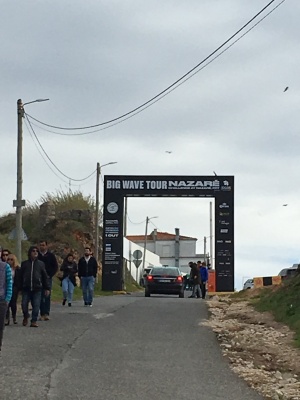 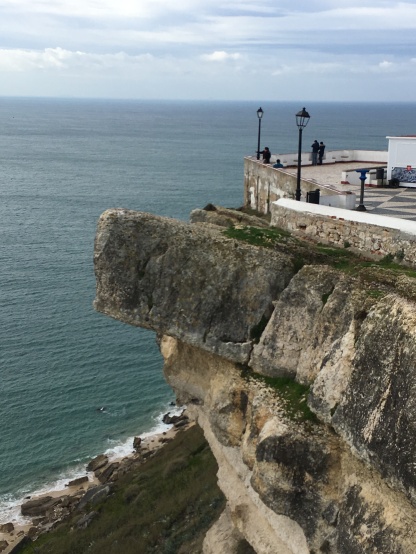 Ah I was mesmerised, and could have spent a few hours exploring.  Was befriended by a charming American surfer whose uncle had been the last lighthouse keeper here.   He explained the different boards; the subtleties of the ‘edging’ some smooth, some dimpled; fascinating.   He knew the surfers, understood the skill, the water flows, the winds.   Oh I could have stayed and listened to him for hours. 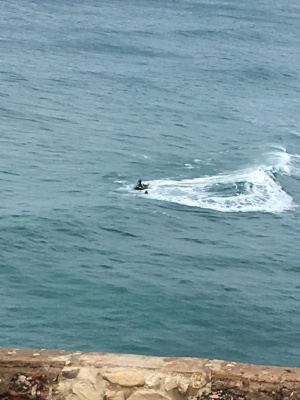 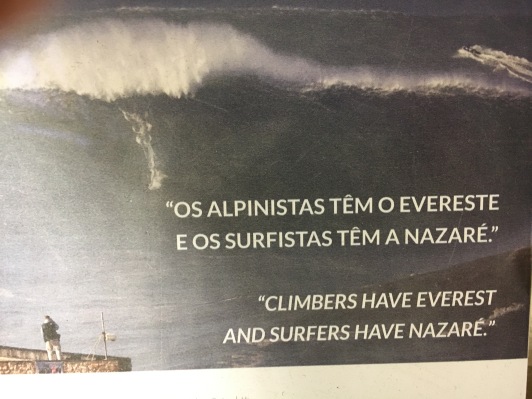 But I was called away – guess why?

Seriously though I was ‘dragged away’ to travel to Batalha.   More history, cathedrals, monasteries and amazing snippets of information – look at the column – every stone has an ‘initiial’ carved  into it.   Payment was made to families by counting the stones per this identification. (13 Century) 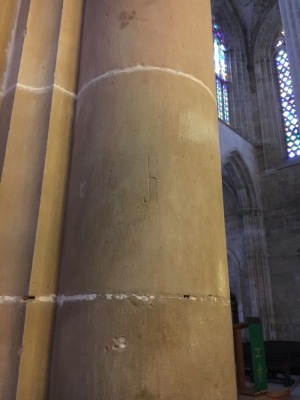 And then the local speciality – a pastry. Different from the last but as sickly sweet (at least to my palate)

Via Aveiro and more pastries and I believe another cathedral although the mind has blurred a little by this time. Although I did see this quirky shop with random groceries from all round the world

Lunch had somehow passed us by , it being the latter part of the afternoon already as we headed finally for Porto with a list of the things we wanted to see.

We raced up stairs – many, of them, looked at the bridge and across the river, found ourselves separated by the dark and rain. Searched rather anxiously for some time and were happily reunited even if the air turned blue as we found each other!!!! Expressions of relief and frustration 😊 you get the picture.

And here are some more. (Pictures. Of Porto. In the dark) 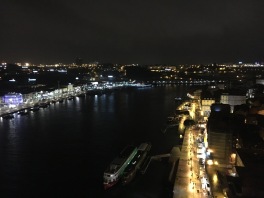 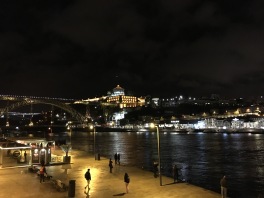 And finally – some food.   By now so late a bowl of bean soup was all I could face.   But what I actually faced when it arrived was I Thibk pumpkin 🥣 soup 🤣🤣🤣

a Looooong drive home, sometimes at 160km/hr has us both wide awake rather than sleeping in the car.

A long day in Portugal 😉