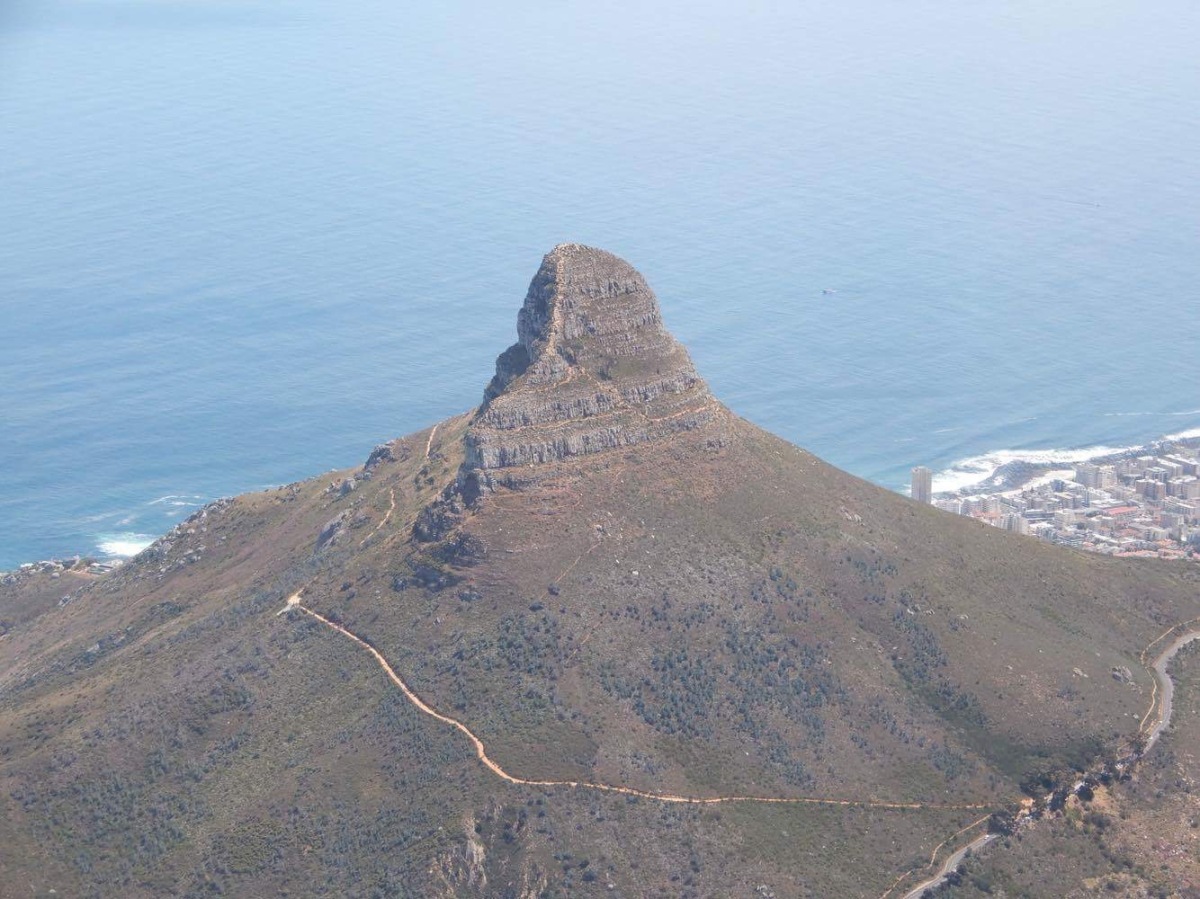 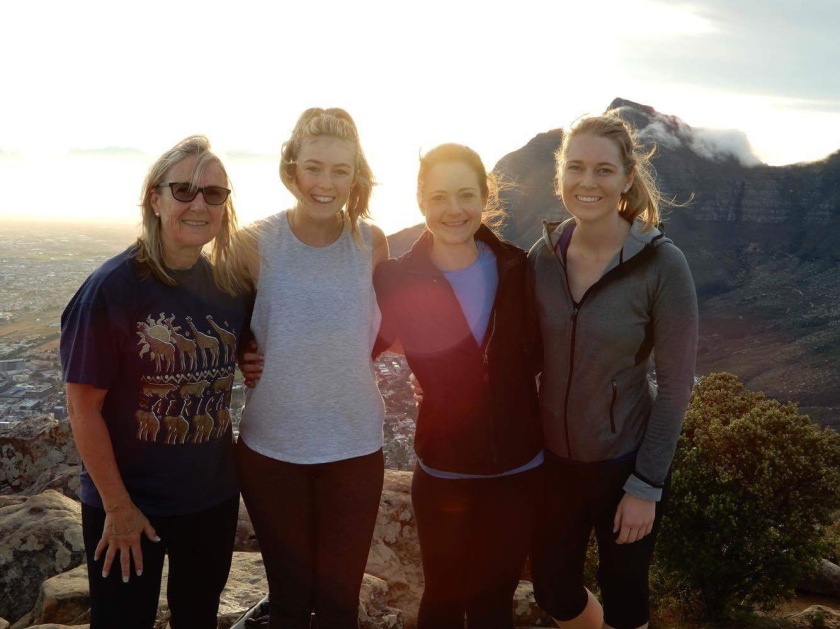 Whenever I have to get up at 4am 💤😳I set my alarm to sound, twice, thus ensuring I can sleep soundly till then. Though why I do this is, perhaps a question I should ask (and answer) myself.
You see, I don’t really need to wake up at times like this because I don’t really sleep 😳. My brain seems to mistrust even my reliable iPhone alarm system, (set to play a suitably rousing tune), and keeps me in that twilight zone of non sleep, every so often checking the time and finally being so relieved it is four am so that I Can Finally Get Up.

In the dark, and silence, Jess and I put our hiking gear on and make our way downstairs trying not to wake the neighbours.

We had been invited to walk up Lion’s Head to watch the sun rise, and, since there was no mention of abseiling or jumping down, I assumed the invitation included walking down 😜.

So I found myself in the company of three young, fit women, at the car park at the foot of a mountain we could not yet see. Then they were off, chatting away and disappeared into the darkness. And I found myself wondering why I thought this was a great idea.

I am fit, but in the fading darkness I felt my age and three weeks of doing nothing but eat and drink as I followed as best I could. The path is broad, sandy and not too difficult to negotiate if you discount the angle – which is Up. To begin with, that is. Just as I found my rhythm so to speak, it changed to steps and boulders and my rhythm disappeared, together with any hope of keeping up with the young ladies who had so thoughtfully included me in this little gig.😂

The only thing that didn’t disappear was the angle – it remained Up.

I had company now though. A gentleman, backpack, walking stick, hat – a real ‘professional’ hiker attached himself to me. Thankfully as it was still early morning and not quite light and he had walked this route often and could point me in the right direction when necessary.
I was very impressed with the fact that he could talk and walk at the same time – something I most certainly could not do – and talk he did (and wave his walking stick- often dangerously close to my face as I clambered up rocks behind him😳).

He grew up on Robben island which one could see well from our lofty vantage point. I learnt it was a prison in 1600, a leper colony in 1700 into the 1800, a naval radio base (his childhood years) in the 1950’s, before we all knew it as where Mandela, Mbeki and co were incarcerated.

And then no one spoke as the last chain and ladder were negotiated and we pushed ourselves to get to the top for an amazing sunrise.

No words could adequately describe the awe and exhilaration of this sight and even the photographs fail.

With the dawn came the light so to speak and the rather small summit shrunk considerably as bodies clambered up over the ridge and joined us jostling for position.

I had this awful fear of someone toppling over the edge simply because there were five ties too many on the lions head. So without further ado I headed down.

Now this sounds simple, but believe me it was anything but simple. There is a narrow path. Do not think of a clear flatly graded walkway; think of boulders and rocks that require either very very long legs or very solid bottoms. You’ll work out which I used 😂

And that is not all, there are sections of chains and ladders that require strong nerves, and hand feet coordination (like that manual car driving 😜) and patience. As fast as we were trying to descend (some our ladies were due at work at 8am) so were a remarkably large number of athletes coming up.

Heads down, listening I think to some steroid pumping something, sweating, puffing, on a mission – which did not allow for novices like yours truly. The problems became particularly acute at the steep boulder sections and the chains/ladders.

Then I understood what it must feel like in modern times on Everest. Here am I trying to descend before my courage fades, but am forced to stand still, using valuable lung capacity as these young hulks shimmy up. At the same time I’m trying not to look down – it is a long long long way down – the view is startling, infinite and without interruption to the car park

My turn now to clamber down some rocks, hanging on to the metal foot or were they hand holds? At the same time as the next wave of body flesh arrived from below and had to wait for me to complete my descent. They puffed and snorted surely not to rush me, but to maintain their rhythm? Nothing could have rushed me – I hung on for dear life, acutely aware of the view they had as they looked up at me, acutely aware of the drop below should I hesitate for a second, acutely aware of how many climbers had failed, permanently not on their ascent but rather their descent – I have read all the Everest books!!!!
Acutely aware of how absurd it was of me to presume to do this. Alas, too late she cried.

And then the boulders were cleared, now just the steep steps and I would be passed the danger zone so to speak. I began to relax, in time to see some of those supreme beings who had run past me on the way up, now pass me on the way down!!!!

As the yard arm reached a respectable hour, about 7am I saw more ‘normal’ people setting off up past me. Some of them looked as though they were heading for a stroll in the park; no park here
Another group had brought their dogs, which left us wondering to this very moment where they were heading. One gentleman had a ‘work jacket’ on and another couple were limping at the start – a little like Jess and I are still doing two days later whenever we try to go up or down stairs.

Clearly again, those questions of fit and faint hearted come to mind 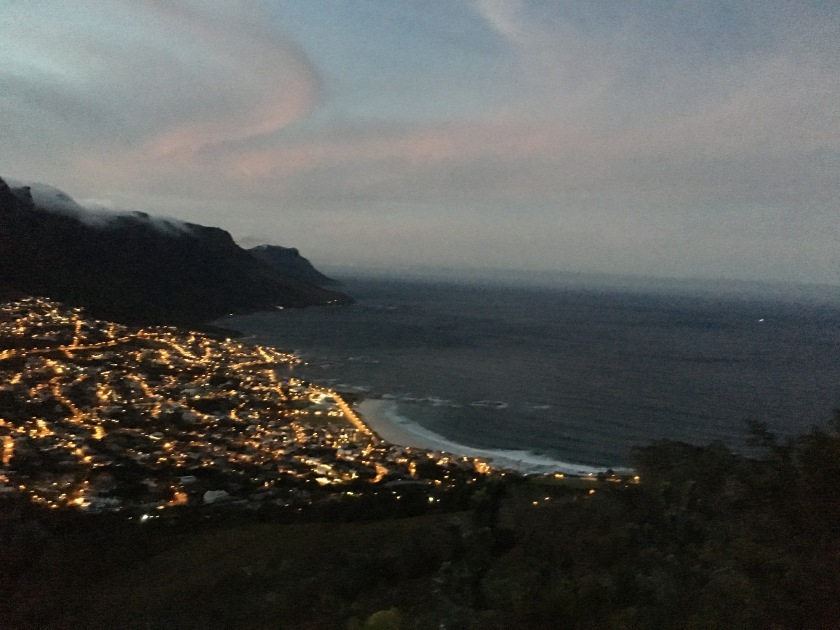 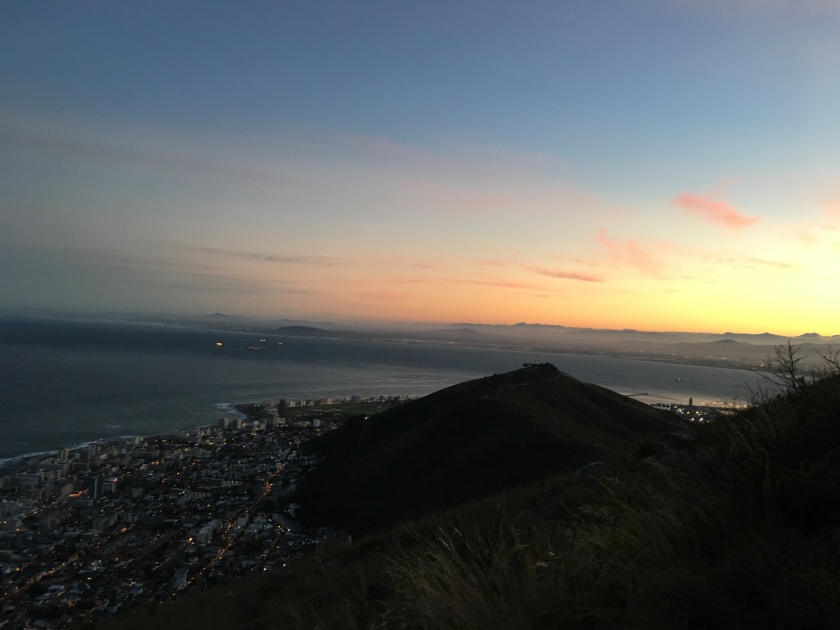