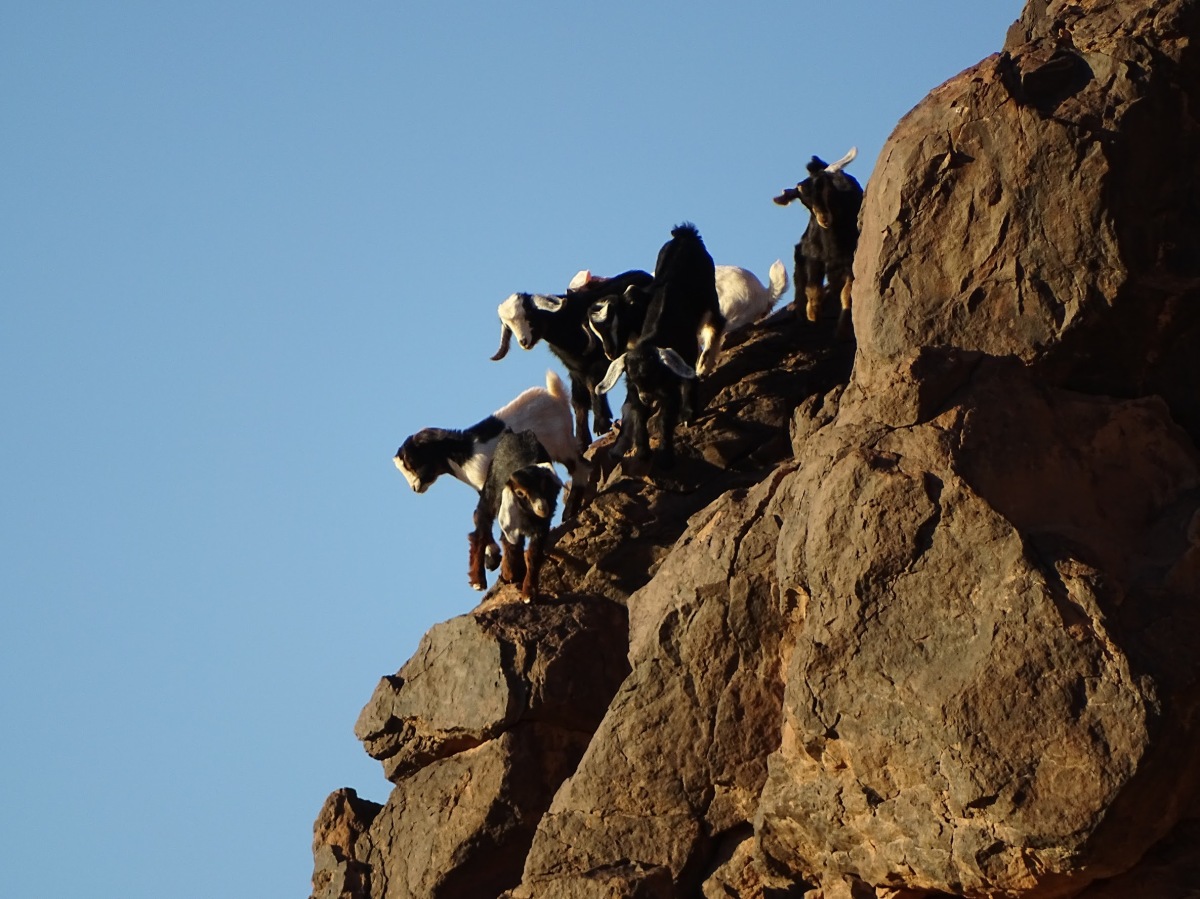 And there we were, having to find a new campsite apparently.

Or rather our back up truck had to find the new campsite.

Which did not impress our lead guide,

(who of course, did the least of the work – just between you and I)

I on the other hand thought it an imminently sensible decision.

Once I learnt we were not the only madmen horse riding in the Sahara.

There was another group, and they were indeed mad and men.

Or at least their horses were, a group of stallions.

And considering all our horses were mares.

Well you see why I thought it an imminently sensible decision.

Apart from anything else, I personally thought it was one of our loveliest campsites.

Nope. that does not mean it had any amenities,

but it did have

Which served multiple purposes as you shall see.

The first and most significant one is

we could walk behind the hill and not be seen

– a very big plus in a desert with no toilets (or bushes).

But be that as it may.

It was the spot where we saw, or let me rephrase that,

The Most Amazing Something flash across the sky.

(see Morocco Ride – the next days)

And it invited us all to explore.

so despite a whole day in the saddle,

3 of us raced off to see what we could see.

And no sooner had we begun to clamber up the rocks 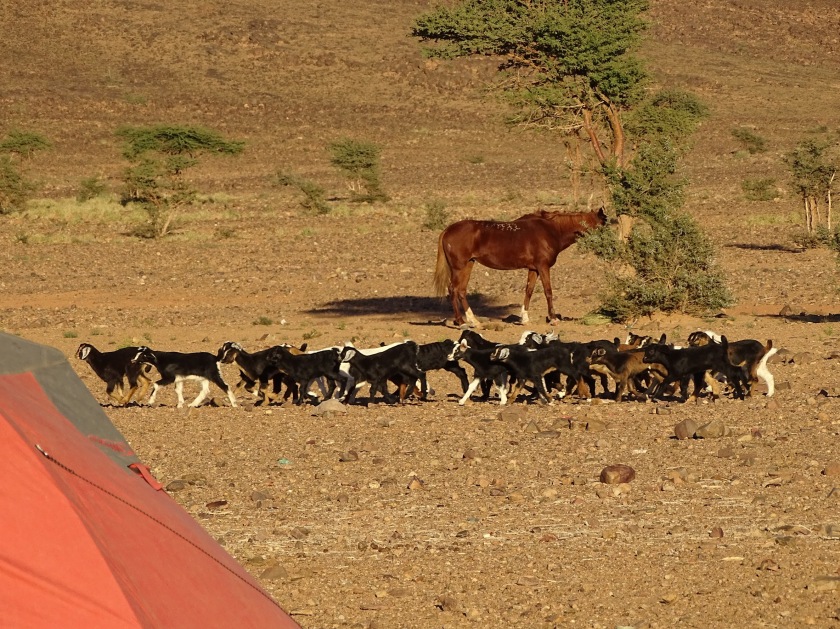 (little goats, not children, although we saw them too)

come running towards us as though their lives depending on reaching us.

And what happened is that they stopped,

looked at us, looked around and

then scampered down with equal haste. 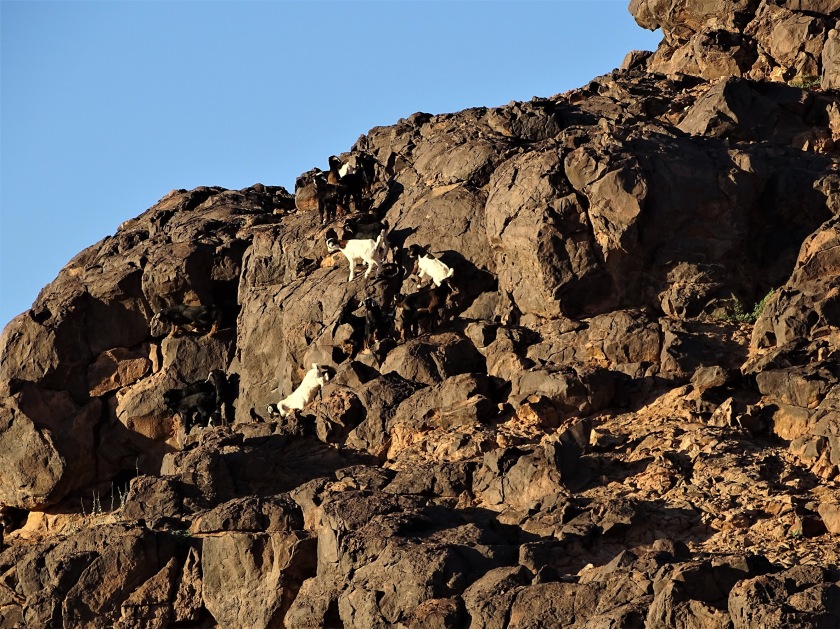 Leaving us very bemused and feeling quite ungainly as

we clambered down the same rocks they had jumped and leapt down.

I believe I worked out the following:

youngsters remain at the Bedouin camp.

For some mysterious reason, they (the youngsters)

thought we were their mothers

and they came running across

bleating to greet us and I presume seeking milk.

It was such a fun interlude and surprise and

to see the setting of the sun.

Without the goats this time. 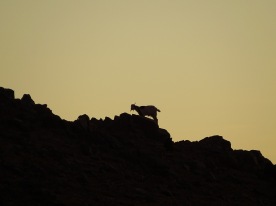 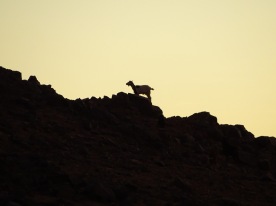 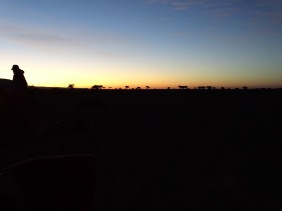 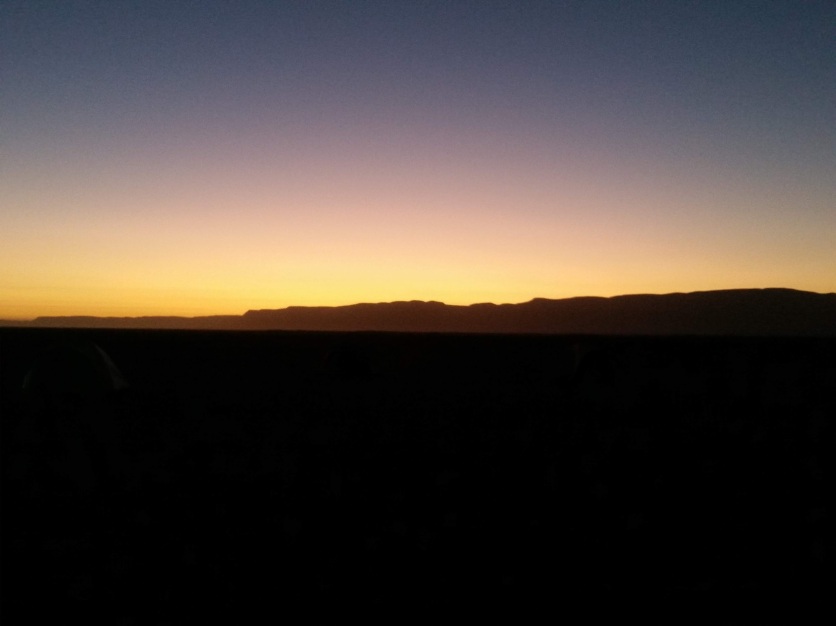 A appropriate way to end.