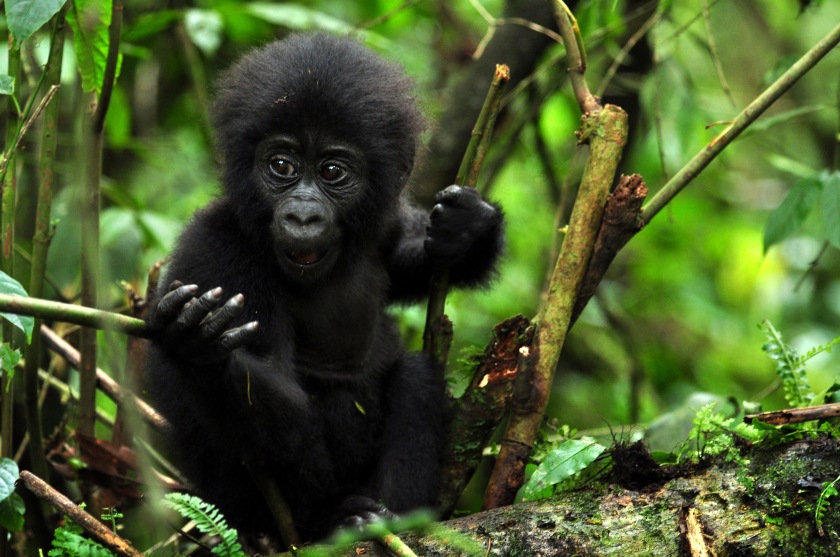 A week with Neville Jones, http://www.experientialtravel.com.au was a wonderful experience – and a great way to explore Africa.     He organised the whole trip with such grace and thoughtfulness, that we moved seamlessly from one amazing experience to another, including seeing ‘the gorillas’;  something on many people’s wish list.    I was so so fortunate to be given the opportunity.

This part of our adventure began with us staying at the Buhoma Lodge, in the Bwindi Impenetrable Forest.   The staff were, as everywhere, courteous, helpful and knowledgable.   The lodge, I think is designed to prepare one for what lies ahead – a steep climb to our room with a view – we were quite puffed by the time we reached the verandah and were grateful we didn’t have to carry our bags, all be they small and soft (a condition of travel by the way for the light aircraft we used).

As always, our meals were delicious and full of surprises, like Marmite which we never see in Australia 🙂

And the conversations with other guests interesting.   The exhilaration of those who had just returned from seeing the gorillas was such that they almost glowed with a bright light;   and so was the talk about ‘how tough the walk had been’.

If the truth be told, I was beginning to dread this walk.   Not 36 hours earlier I had walked to see the Ik people and did not relish the idea of an equally tough walk in the future, let alone the same week!!!!!    I did not sleep that night, debating with myself as to whether my damaged leg was a valid excuse not to walk; what if I didn’t keep up with the others; what if my boots failed me (I was not, as mentioned before, equipped with state of the art hiking gear I saw around me).  I most definitely felt like the country bumpkin (in my borrowed shirt and pants with not one pocket

😂)  surrounded as I was by high Tech Trekkers speaking foreign languages with every cadged that opens and shut !!

But cowardice won and I did not admit that I was too nervous to do the walk.   Although Karen, I am sure sensed it as she encouraged me hugely to ‘give it a go’ as one says and off we went.

And  I discovered, it is all about ‘the benchmark’.   So when people told us how hard the gorilla walk was I used my benchmark and was fearful. Thankfully their benchmark was clearly different, this walk was a ‘walk in the park’ – a rather big park I admit, but an walk in a park nonetheless.   We had a different benchmark after our ‘Ik walk’.

Again armed guards, this time to protect us from wild gorillas (as opposed to habituated gorillas) and forest elephants;  a group of porters to carry our back packs and pull and push us up or down as required, the trackers and our leader.   They together with our merry group;
the three of us, an elderly English couple who made me feel young again; a young Irish lass travelling alone and two Ugandan men travel photographers working with the Ugandan tourist board and the rest set off to find the gorillas.
The forest is a little like a garden of Eden or at least as I imagine it to be.
Strange, one seldom hears talk about the forest, lots about the gorillas and the toughness of the walk, but I have yet to hear anyone talk about how beautiful the forest is.
If I had a regret, it was that we were ‘on a mission’ – to see the gorillas, and there was no time to stop and absorb the detail of the trees that reached to heaven, the flowers that were so tiny, the trail of ants that went From who knows where To who knows where or look for the birds we could hear throughout the walk. 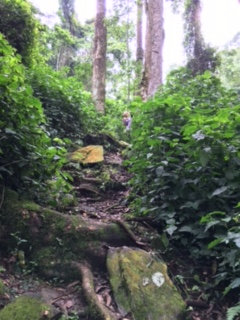 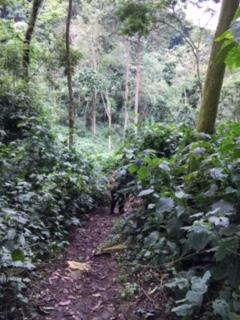 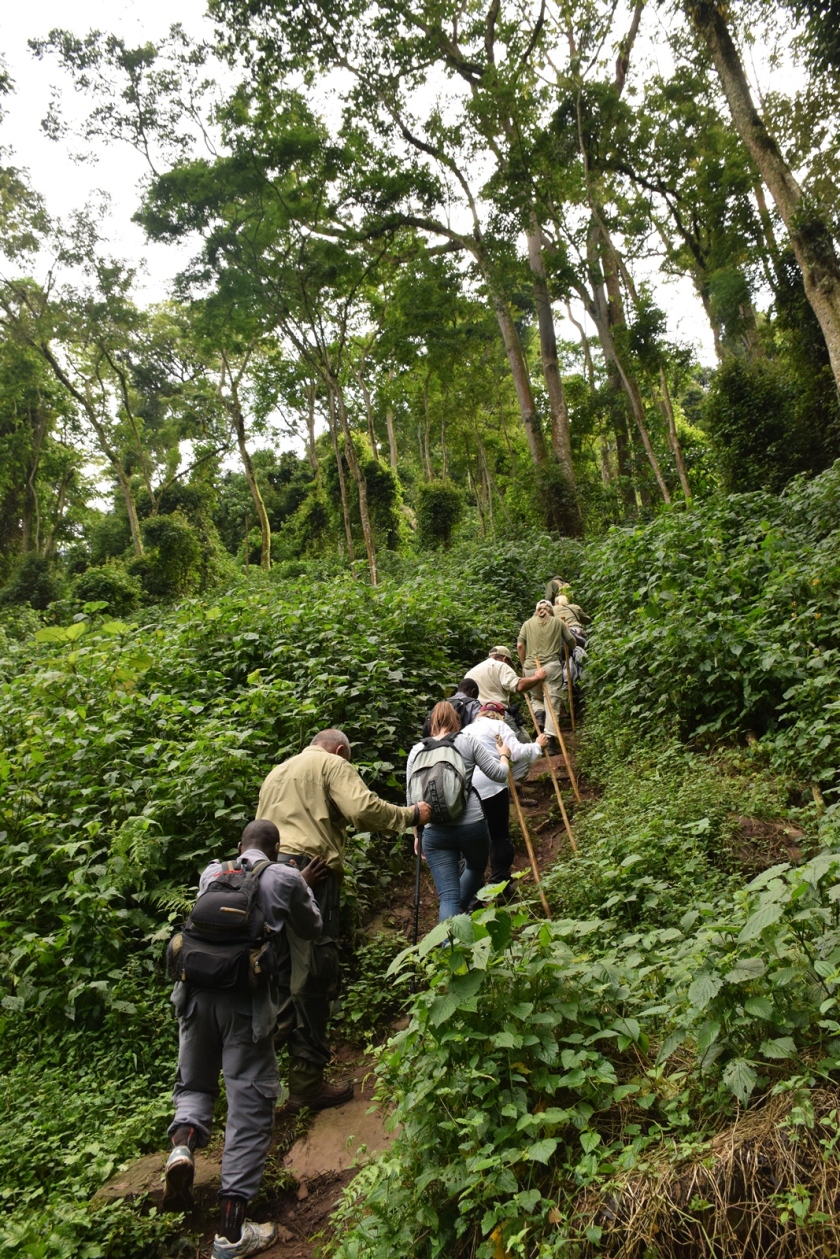 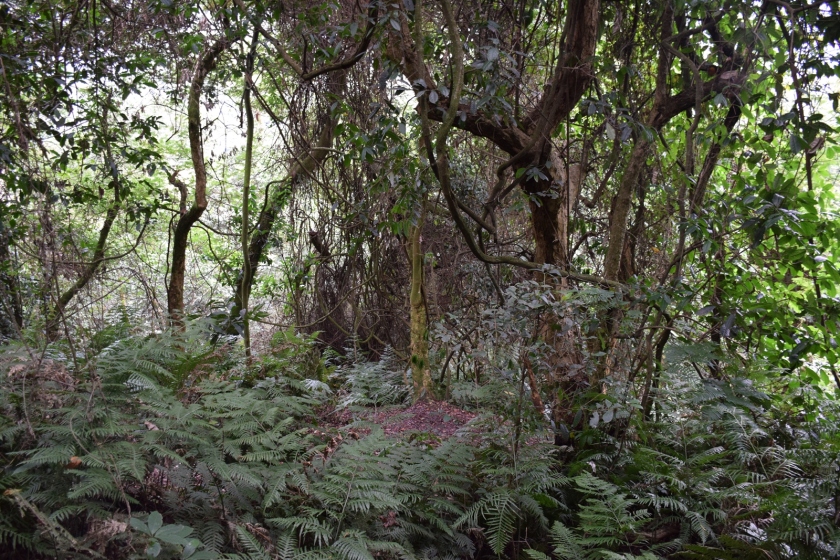 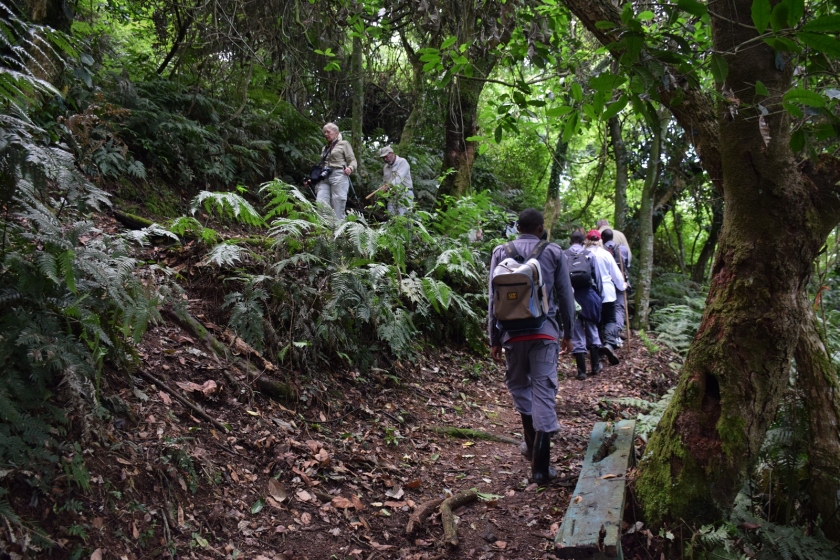 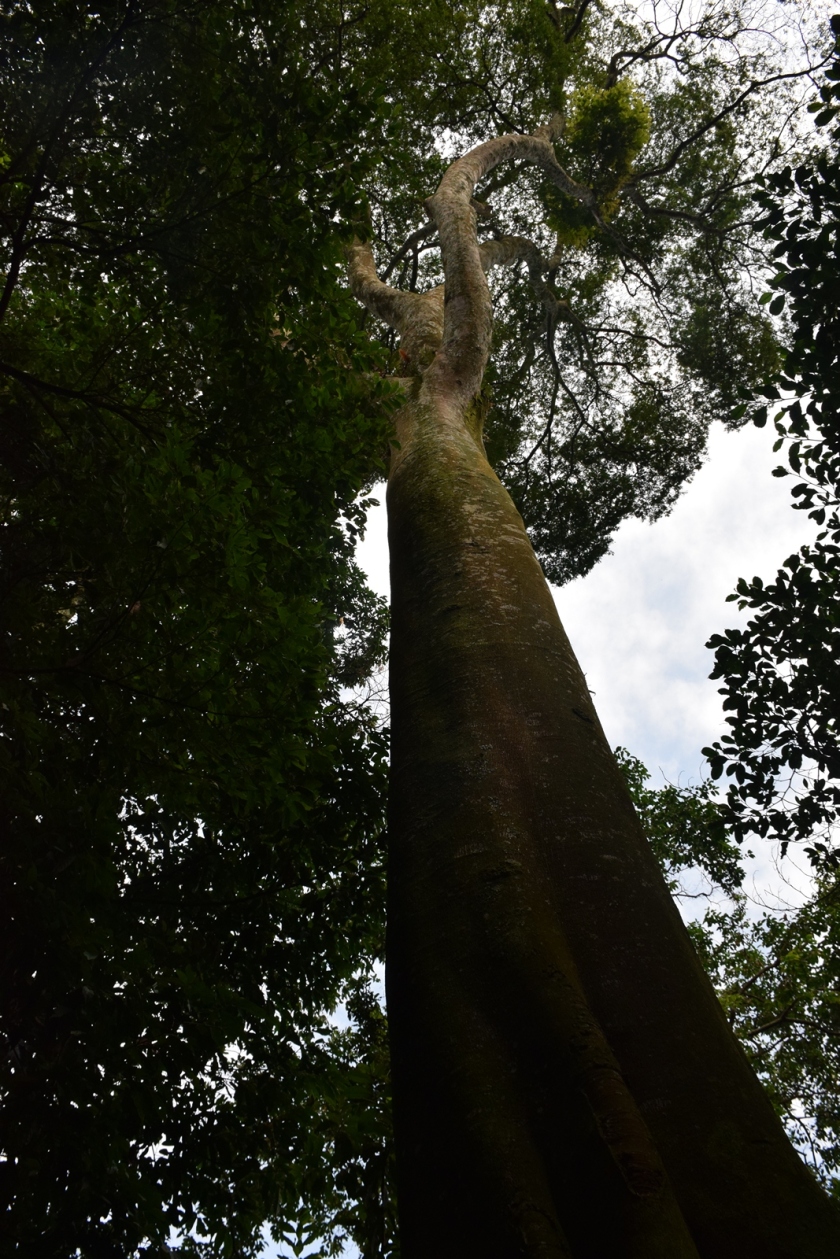 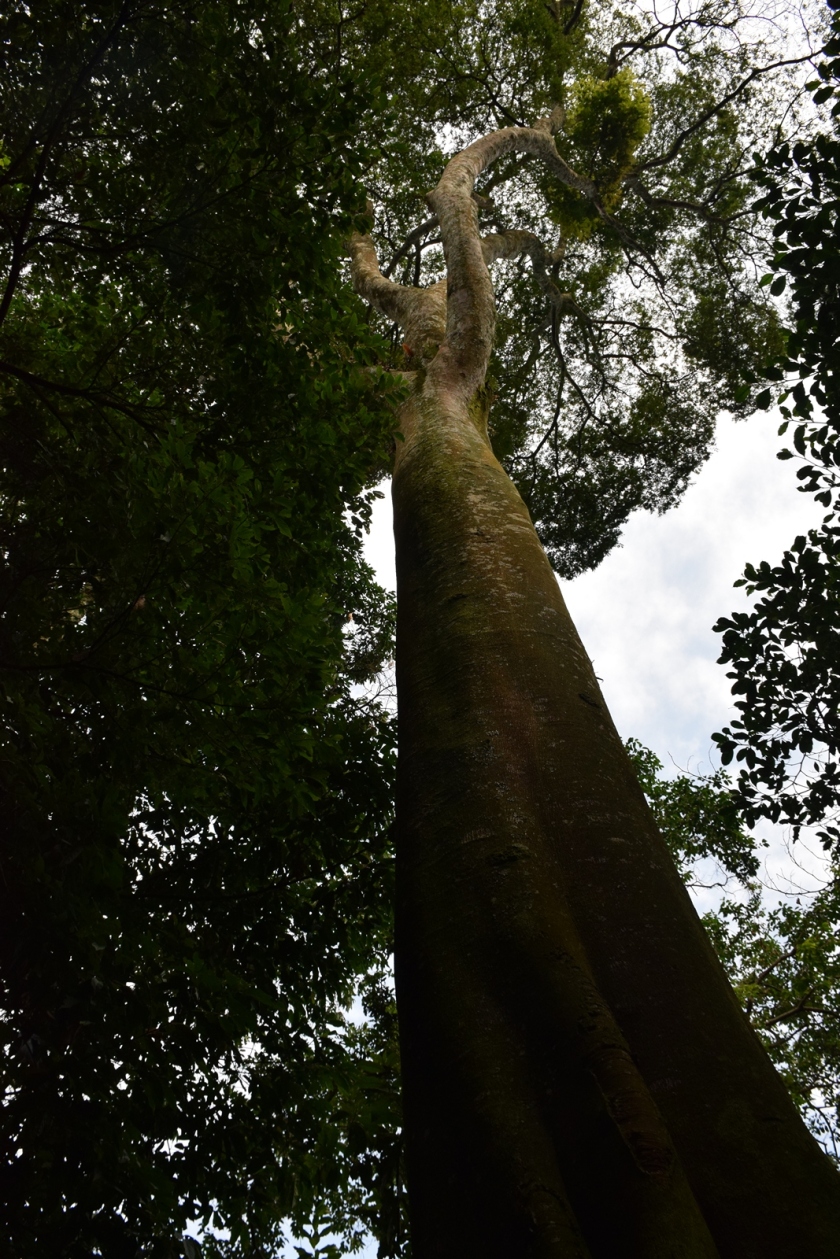 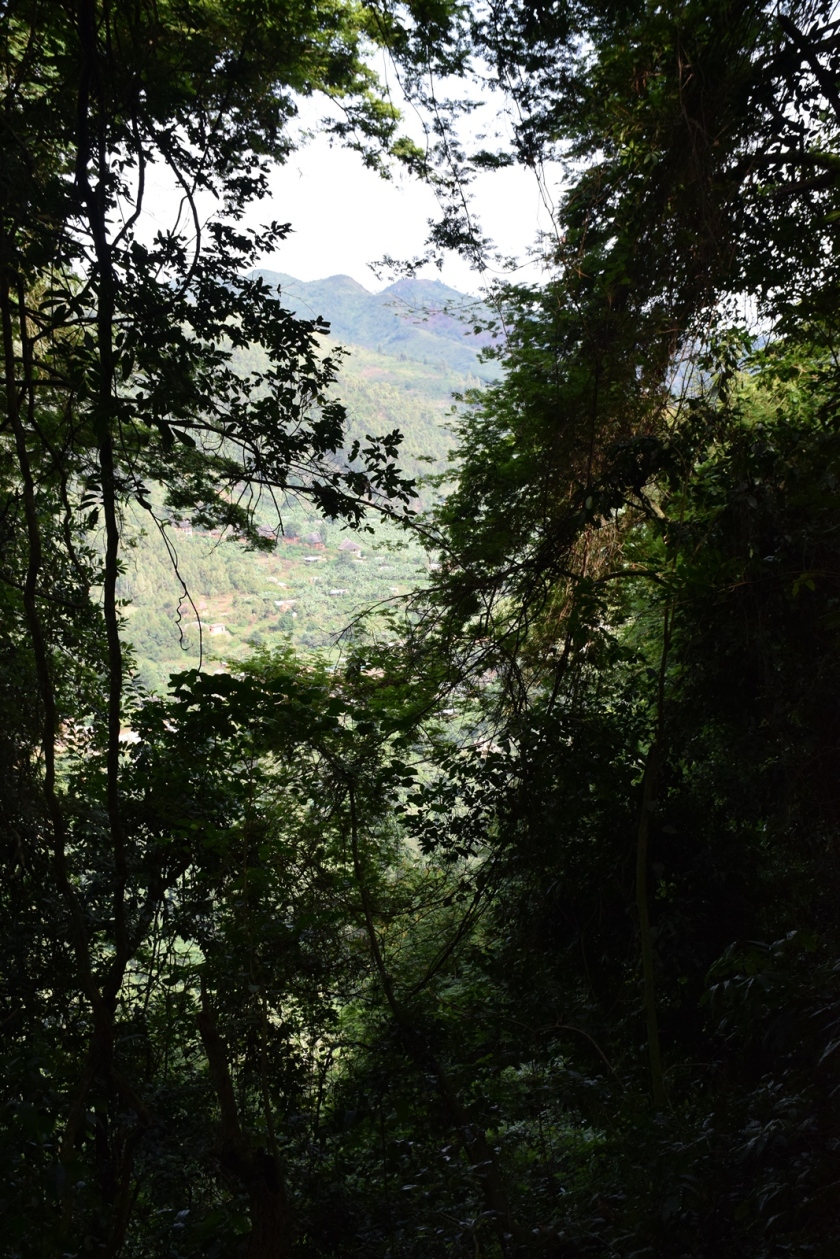 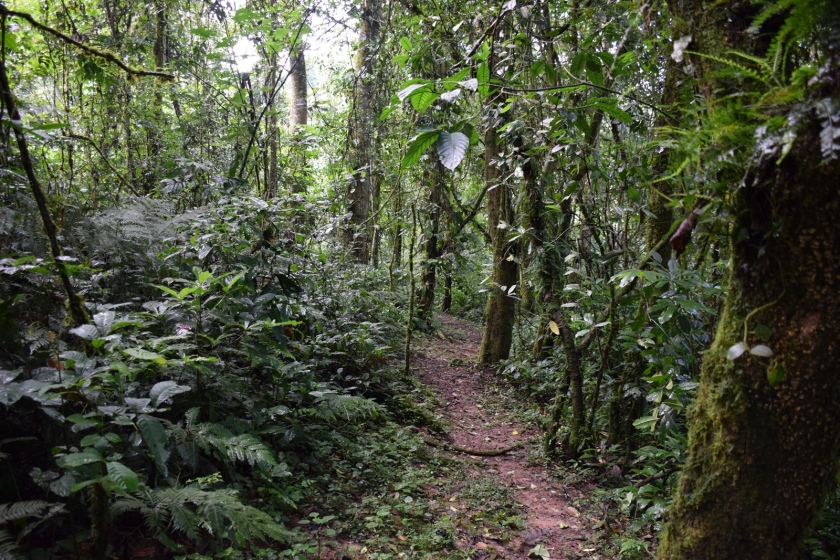 We were lucky – 3 hours into walking we found the gorillas. This group (the Mubale group) consisted of 12 individuals and we were lucky to see all 12, including a one week old baby.
What a sighting – I did not presume to photograph – with several very serious photographers on our team, so these photographs are a mix of mine, Vincent Mugaba and Michelle Davies (who saw them the following day) 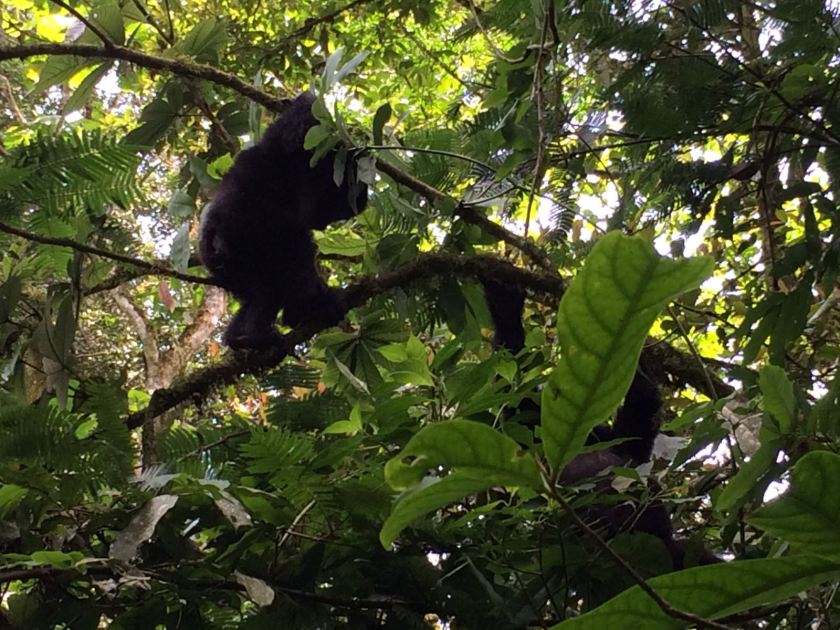 My first glimpse was, ‘Oh’.
I remember thinking, ‘so this is the gorilla’.
For a second there was almost nothing, I was a ‘blank’.
Then she moved to look my way and I saw her hands and arms and I was absolutely in the moment.   There was a mother cradling her one week old baby in one arm, and eating leaves, quite nonchalantly using her other hand, while watching me.
I do not say a gorilla, but rather a mother, everything about the way she nursed her infant was human.
There was much excitement amongst our little group and looking alongside me, eyes were moist.
It was fascinating to watch her watch us.
Some of us were in the moment and others were capturing the moment; with such intensity, I wonder if they were present at all.
And I wondered what she made of us.
Her expression relaxed and inscrutable.
At one point her baby stretched out its arm onto her chest, it was exquisite – tiny fingers and little arm, so perfect.  With the utmost gentleness she took that tiny hand and tucked it back under her arm.   How many times did I touch my children’s hands when they rested on my chest just as she did.
There was another female with a youngster, hanging onto her back, looking at us with curiosity and Michelle watched the same youngster playing in the trees, showing off his/her climbing prowess 🙂 🙂 🙂

And then He was pointed out to me.   I didn’t realise what I was looking at to begin with.   Sitting across the path was a gorilla – big, but nothing to alert me.   And then he stood up, and the silverback was Large.   It is, I think impossible to describe in words the aura about him.   The confidence and authority that exudes from his body is so visible there was no need for my guide to ask me to move back, as he approached, filling the tiny path, lumbering forward as if I didn’t exist; he was Magnificent.   He ambled past me, his foot touching mine as I leant back out of his way.   Did I breath?   I think so.   Did I tremble?
I don’t think so for fear of touching him in doing so, he was that close.

It was extraordinary.
And yet, not  intimate in the way the contact with the mother was.
50 minutes up, said our guide; surely the quickest and yet the longest 50 minutes any of us had experienced.    Which meant we had only 1o minutes left when we had to leave the group.   Crazy I may be, but ‘my mother’ with her tiny baby stood, leant toward me and let me see her tiny baby as she held her in both her hands, almost an act of surrender to trust :  “here, have a look at my precious one”  and as quickly, she folded her back in her arms and walked off.
Did she know our time was up?
Did she deliberately show me her baby
Did I dream that?
Looking back, I can no longer be sure whether I imagined it or not.
But how could I have?
Did she move on with your child and marvel at our similarity, or did she not see it?
I moved on.
The walk back was different, some struggled, some talked, some were silent, there were parts that were very steep and concentration was focussed.
And still my mind wandered:   was I like her; or was she like me?….. 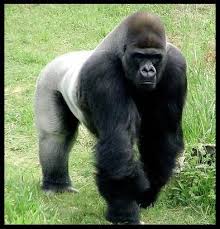 One thought on “A Remarkable Experience”