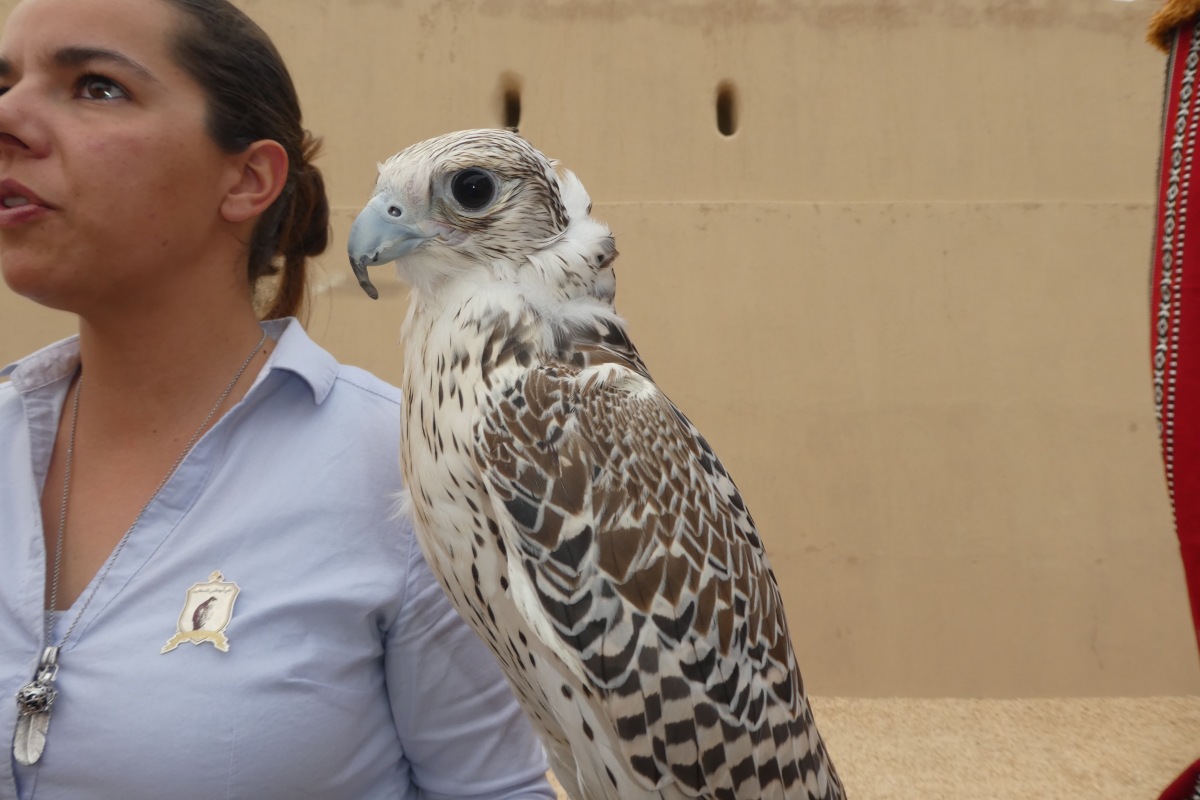 So in a country where kings have their way,  falconry ( like horse breeding) can be indulged whatever the cost.

Did I mention that camel racing is making a come back with 4 wheel drive vehicles easily accessible as a winning prize in local races.

Did I mention that Annie teaching English to young policemen one day enquires why one young man was late for class. His response was the waving of car keys at her – he had been racing falcons at dawn and won a car.

This became the topic then for the English lesson and phones came out showing her various falcons and camels when she suddenly did a double take – is that a lion? Sure enough, that photo wasn’t a bird or camel but lion cub!!! A pet. Next a cheetah and I forget the third animal (bear?)

But the falcons, I hear you cry.

Yes there was one, one bird and four people standing around it asking questions of the handler. I could not believe my ears, the handler was South African as were the three strangers collected around her!!!!! Strange world.

There is a Huge falcon research centre on Al Ain and this young lady had always had a passion for birds. She studied animal husbandry at Potch University and finally found herself working here – a dream job – a dream come true 😃. She’s off shortly to Scotland to look for breeding birds.

This bird was a female, a little stressed at times as she overheated and was sprayed with water, bigger than the male as she needs to incubate eggs and he needs agility to hunt for two.

Goodness me, I thought my finger would come out her back!!!! The strangest sensation but of course makes perfect sense for storage of you think about the size of the prey relative to her size.

I was proudly advised that a ladies only falconry club was starting. A two week course in November – Free and falcons provided. I can see another adventure looming