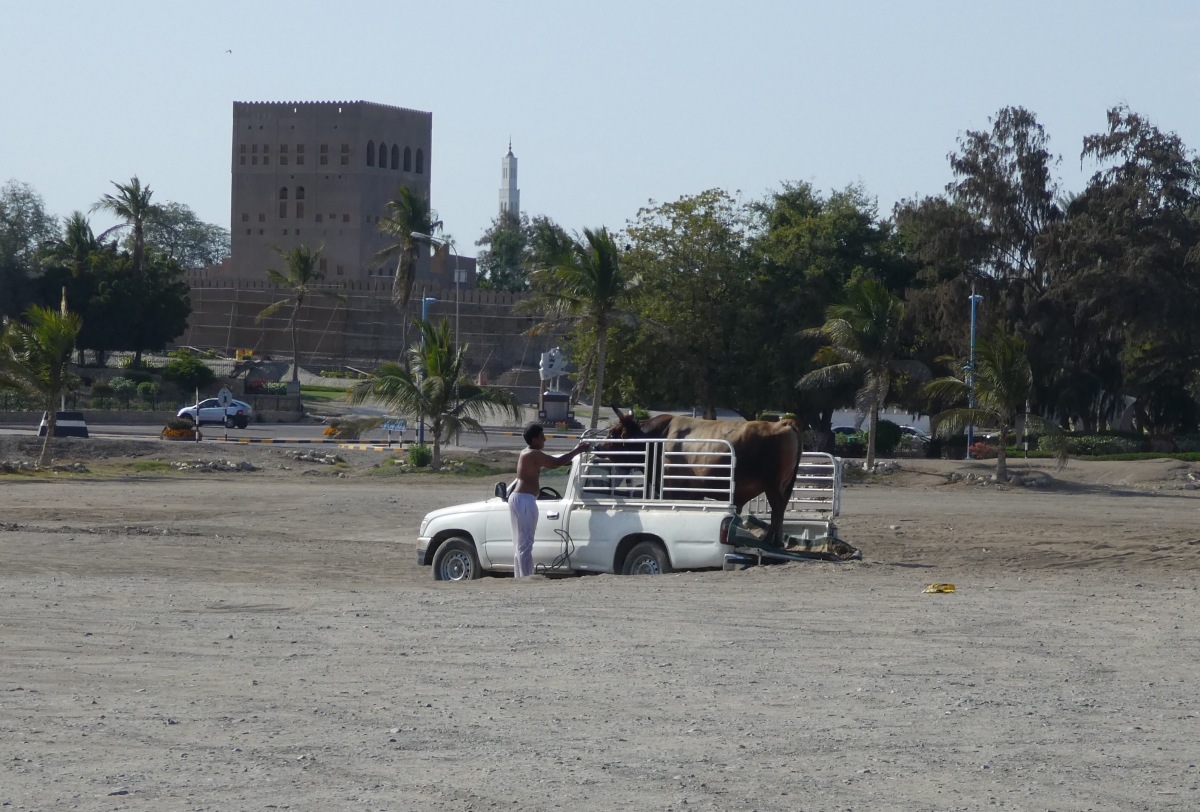 and so, still marveling at the amazing sardines we had seen, we wandered further, alone, no one in sight, but a dot in the ocean.   Our eyes adapted, finding it hard to comprehend what they saw.

A bull in the ocean, bobbing up and down, accompanied by a young man who bobbed with him.   Surely not. 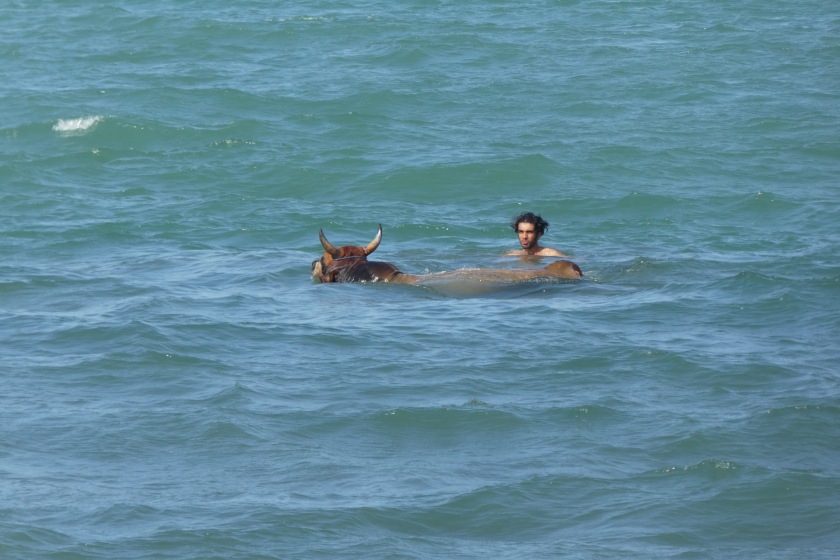 But so it was.   And the bull (turned out to be an ox :))  swam with his master deep in the ocean for at least ten minutes as we sat and watched, mesmerized.

They then came closer, into shallow water and with tender care they scrubbed the beasts flanks, chest, belly.   Again we were witness to a ritual that surely goes back to biblical times.

The bond between boy and beast was, even from our distant position, almost palpable.   The one relied on the other, – for what?   transport, food, strength, support.

Only they will know, if they even think about it.

But there they were, together in a ritual of cleaning, healing and I am sure bonding.

As we learnt later, a weekly ritual, which we by chance, and gratefully were privileged to witness, while standing apart. 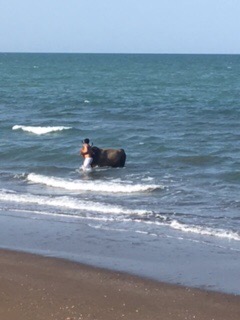 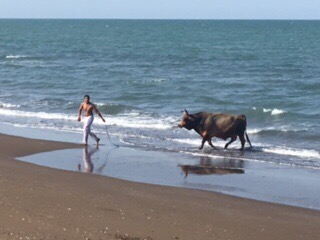 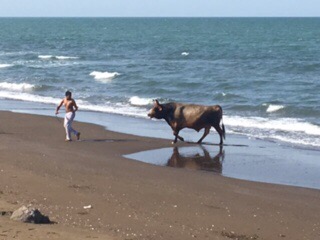