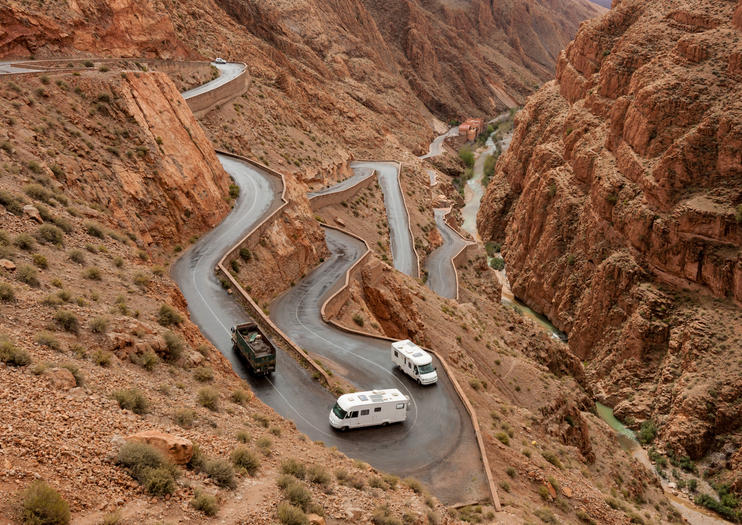 If you have a legal brain,

if you are naturally suspicious.

or if you don’t want any surprises.

I, of course, do not have a legal brain,

and since my life has been one surprise after another,

no cause to complain.

So I have No reason to worry about the fine print.

I usually scan read whatever it is,

and if it is still interesting,

And so it was that I signed up to do a horse ride in Morocco.

I read all about the exploratory nature of the ride,

the Barb/Arab horses, the camping, the sand dunes, the Daar Valley

and what I read ticked all ‘my boxes’ so I ticked all their boxes and signed on the dotted line.

I’ll go along with”

And go along I did.

On a long trip,

which had nothing to do with horses,

Rather this had much to do with a vehicle

Over the Atlas Mountains,

from Marrakech to Ouarzazate

which as you can see, ‘Google’ says will take 3 hours and 51 minutes.

And so it was that we happily jumped into our vehicle.

Oblivious of what lay ahead,

confident in our Google map information and

full of energy in anticipation of our horse riding adventure soon to begin.

Twelve of us squeezed into our van,

every seat occupied, off we went.

We went over the Atlas Mountains,

If only we spoke or even understood Berber,

we would have known that Tichka meant ‘difficult’ and

this pass is listed amongst the

ten most dangerous mountain passes in the world!

Although even if we had spoken Berber,

But we didn’t speak Berber so it didn’t mean anything to us.

I jump ahead of myself –

forgive me, for we were not there yet.

We were leaving Marrakech, looking at the scenery,

ooing and aahing at this and that and

taking snapshots through the windows. 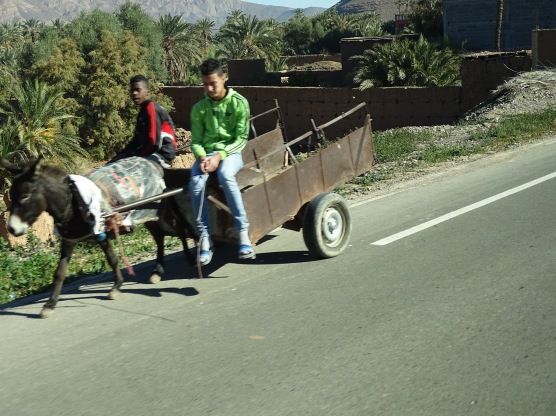 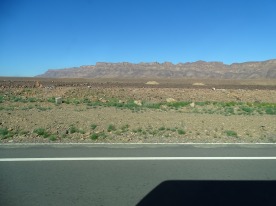 And then the ascent. 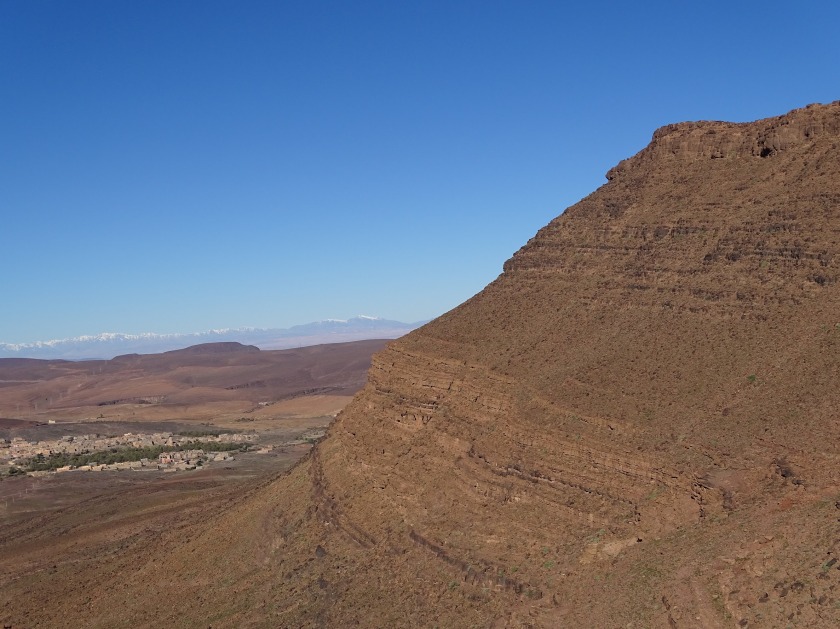 As we left the lowlands,

while the others side looked out at a dark wall of rock that blocked the light and stretched I presume to heaven, we could not tell.

As we left the lowlands,

slowly it dawned on me that we were in for a long day.

of winding roads, sick passengers and no way of preventing either.

And so it was.

We stopped when we could,

everyone descended to gasp for air,

decide who would be best at which window,

fill water bottles and those who could, at any time,

take a photograph or two. 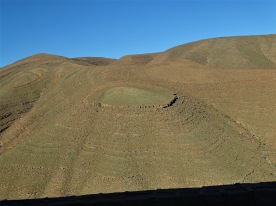 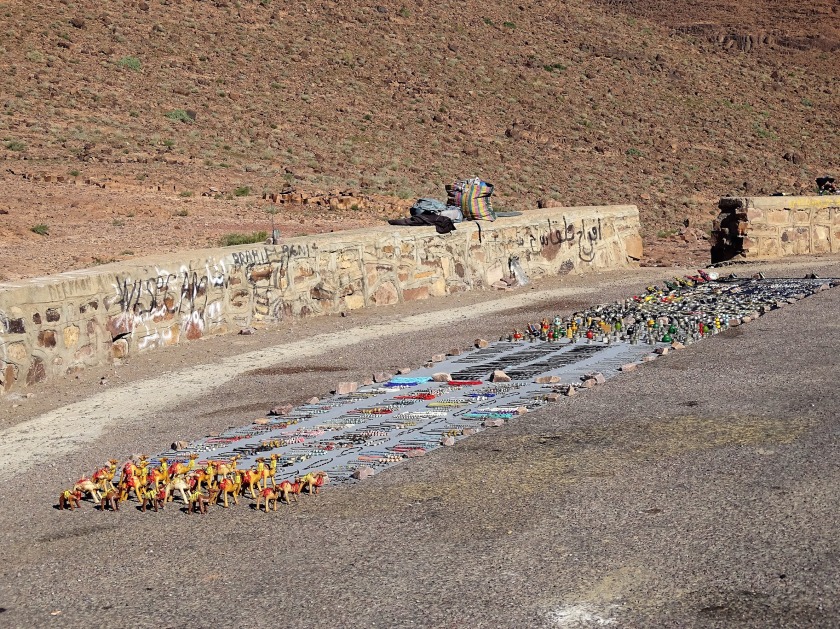 But for the majority of the team,

this was a road to and/or from hell.

It seemed pointless to discuss this objectively since it was clear

that as far as they were concerned, death would be a welcome relief

from the hell of this road.

This road, which Google confidently forecast would take us 3 hours 51 minutes

actually took us close to 6 hours.

Which made me wonder if Google knew that there was traffic, an ascent and more bends and turns than in a game of snakes and ladders

by a steep descent,

with another game of snakes and ladders!!!!!!

And I feel confident when I say that for many,

those 6 hours felt longer than the entire 7 days on horseback.

hindsight being a wonderful thing – don’t we all know that,

I discovered the following tips:

1) Hire a driver with an air conditioned vehicle who will stop every hour or more.

And the final line was a challenge :

What about you, are you brave enough to see the Atlas Mountains via the Tichka Pass?

all, there is a 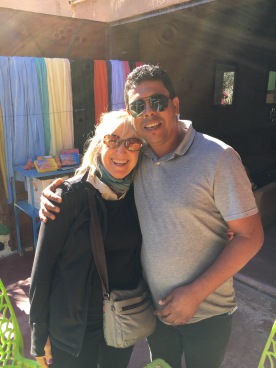 fun side to the advventure

Some of our team refused to do the return trip,

wisely finding an aeroplane to take them back from Zagora to Marakech.

Others elected to be passengers again,

we seemed to fare better.

Perhaps reading the fine print isn’t such a bad idea?

Thanks to Jo for many of the photos.