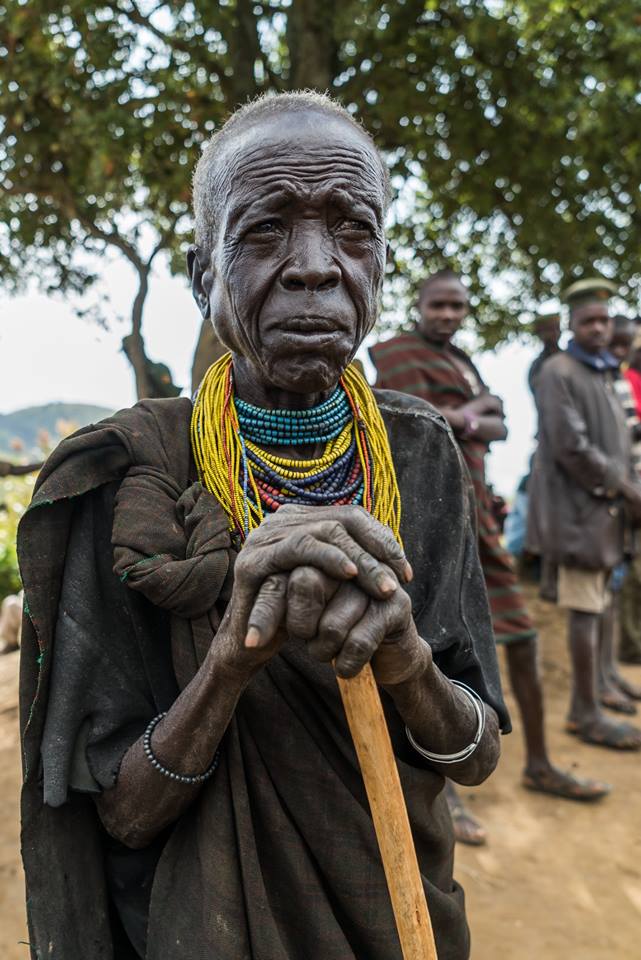 Our communication with the Ik was through a double interpretation. From English to Kuramajong then Karamojong to Ik and back again. So I still don’t really know what she was muttering as I took her photo. She wasn’t displeased but I got the impression that she thought my camera and I were a bit silly. 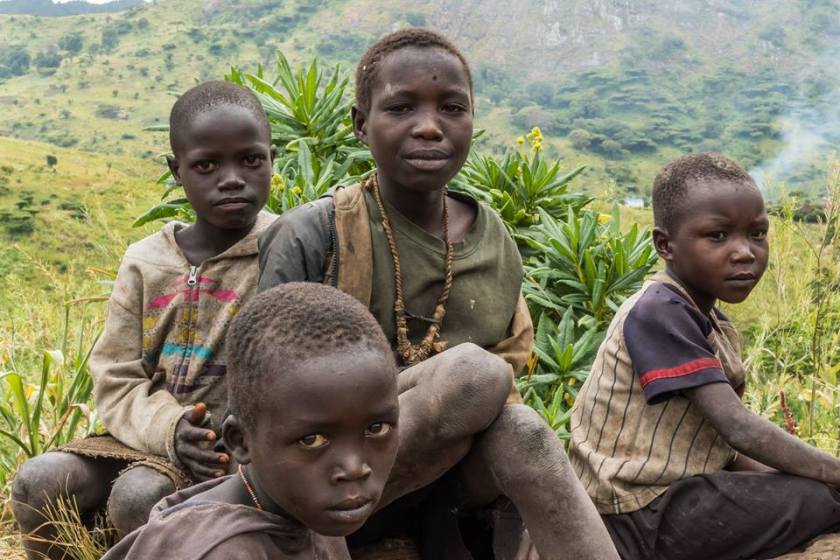 Ik children contribute to the tribe from an early age. They take care of their younger cousins, brothers and sisters and fetch water daily in 10l and 20l

Ik means ‘head of migration’.
The Ik people were the first people to migrate to north west Uganda, with origins in Ethiopia and being a minority group (10 000 Ik people) – they retreated into the mountains (Morungule 2750m) in the north west where they eek out an existence. And eek is the only accurate description I can think of

There has been much written about these people and their social structure going back to when there was a famine and they evolved a harsh ‘survival of the fittest ‘ social structure. This did not match what we saw on our brief visit.

Nonetheless their huts were tightly surrounded by wooden fence type structures which prevented access except through a tight tight squeeze between branches. I did not attempt to enter a hut, Neville did – on his hands and knees almost crawling to get into a spartan hut with only a small fire for cooking.
Clearly a memory of persecution lingers in the way they guard their huts.

The harshest environment to live in – water is carried by hand up at least 8km up the mountain; fuel is trees chopped below and carried up and their crop farmed miraculously on the sides of the mountains is maize.

All in all a remarkable experience, exhausting emotionally and physically