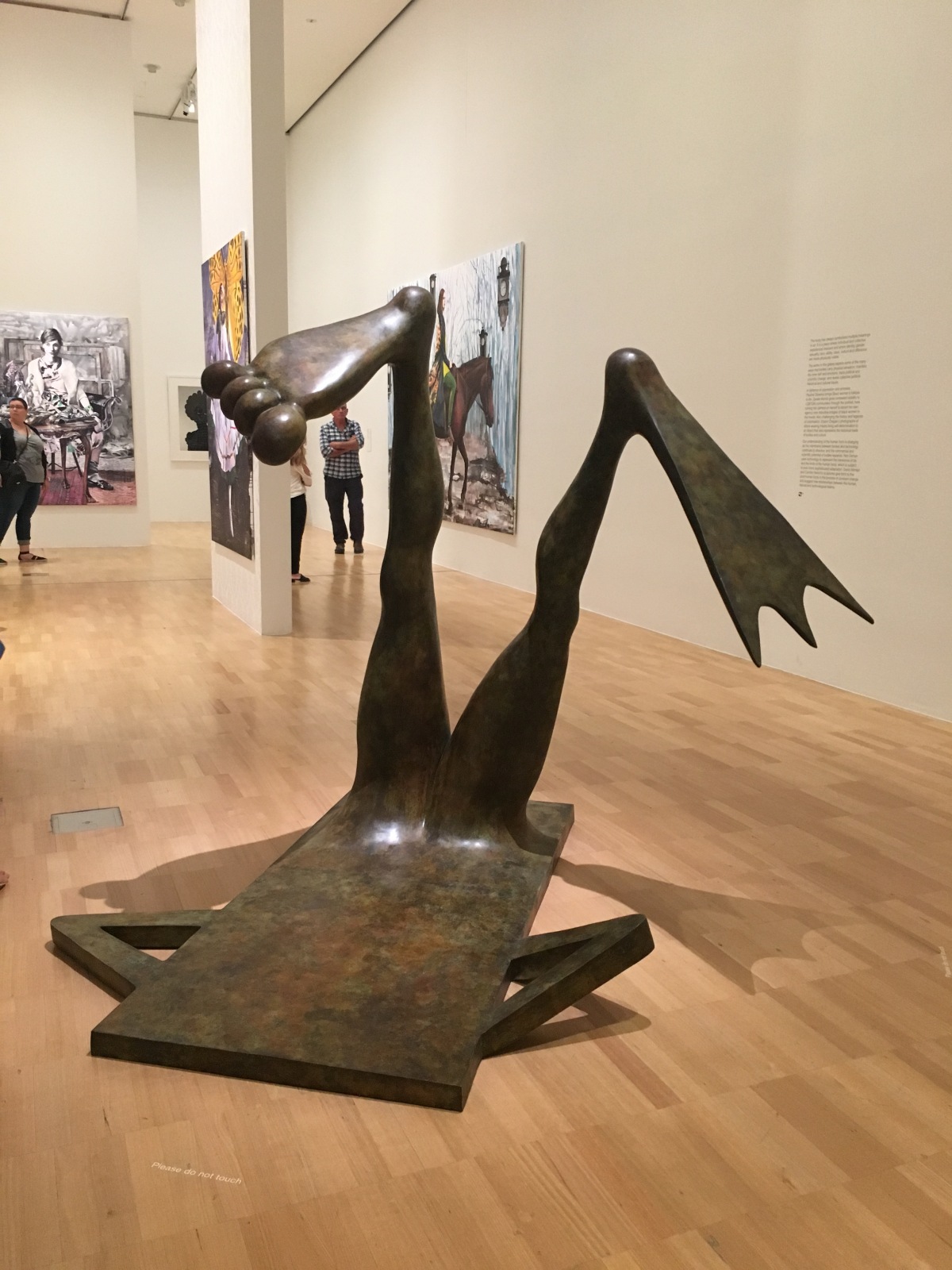 This is an amazing city, that on an ordinary Friday I can stroll down Southbank for a quiet coffee and ‘me’ time, then attend a morning concert (Different Perspective)

and immediately thereafter go to the NGV (National Gallery of Victoria), recognised as a world class gallery filled with stunning works.   To say nothing about the wonderful water wall which is an attraction in itself

On this occasion Jackie and I went to browse the Triennial exhibition.

until the lure of a late lunch (very late) was too strong to resist. 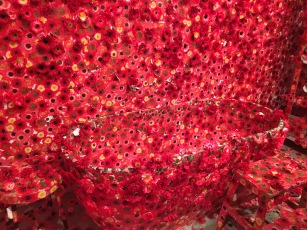 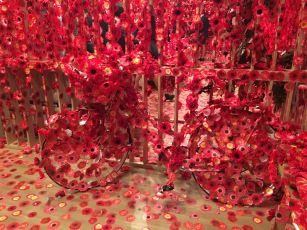 Yayoi Kusama – not sure why, but we had fun 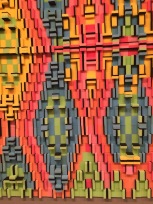 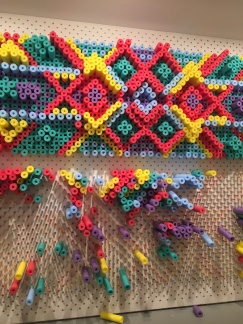 Dutch are collective, We Make Carpets 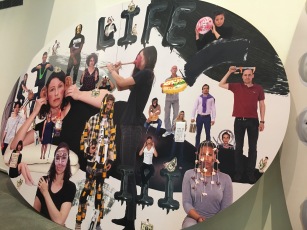 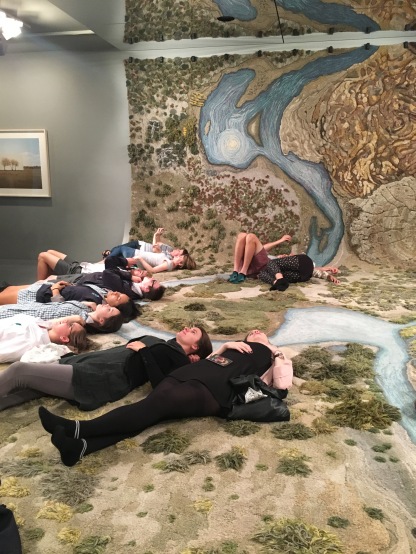 We loved this giant carpet,

and people enjoying ‘the countryside’ 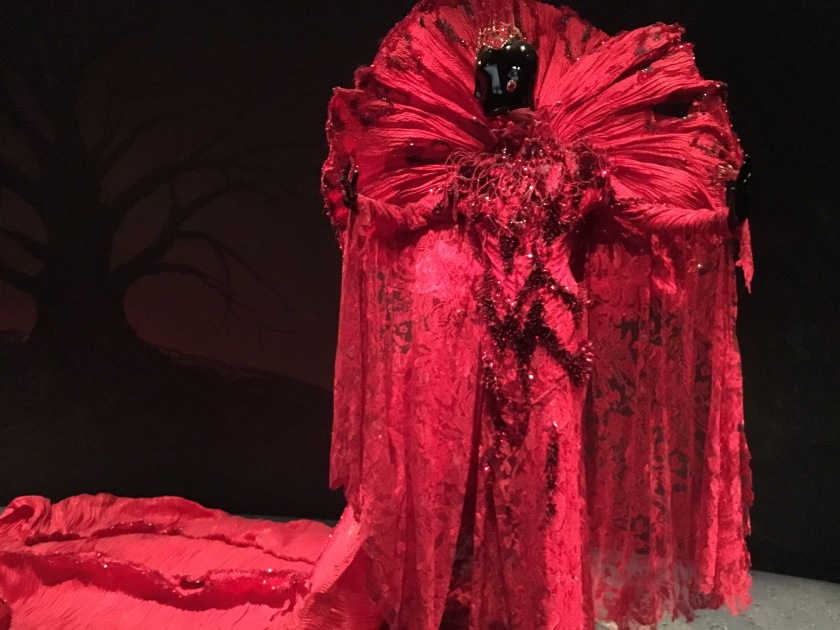 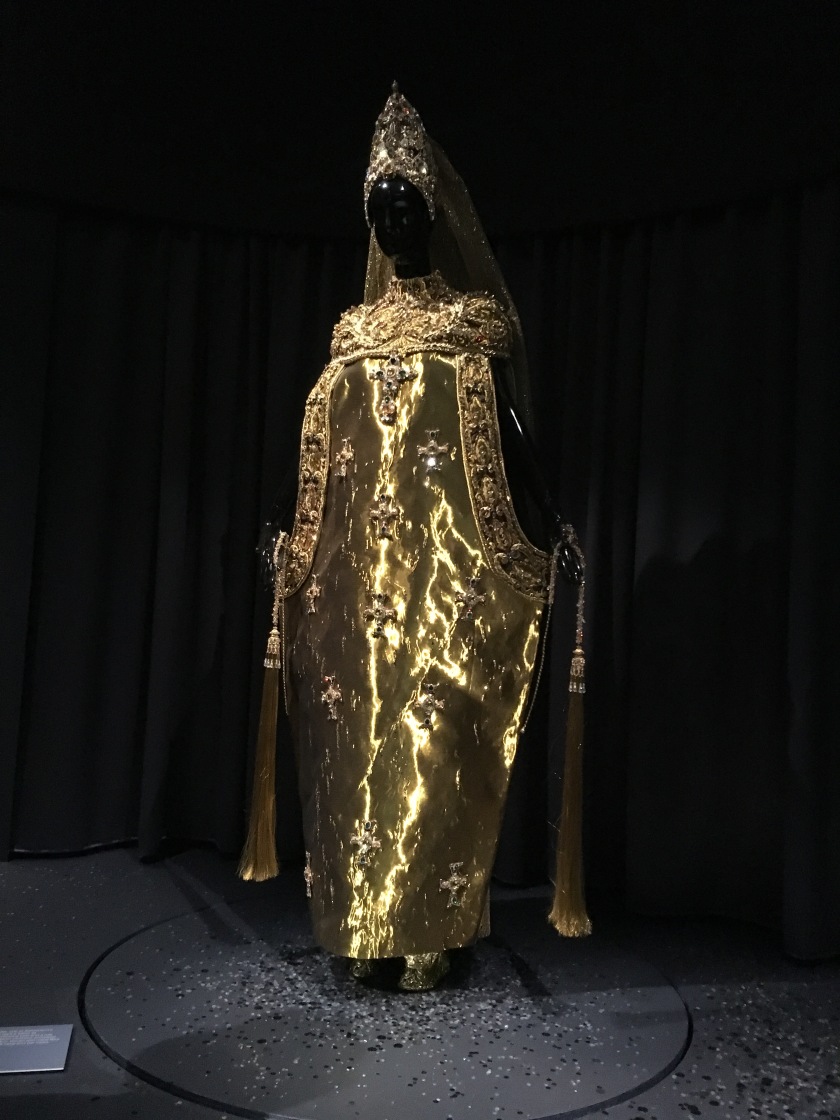 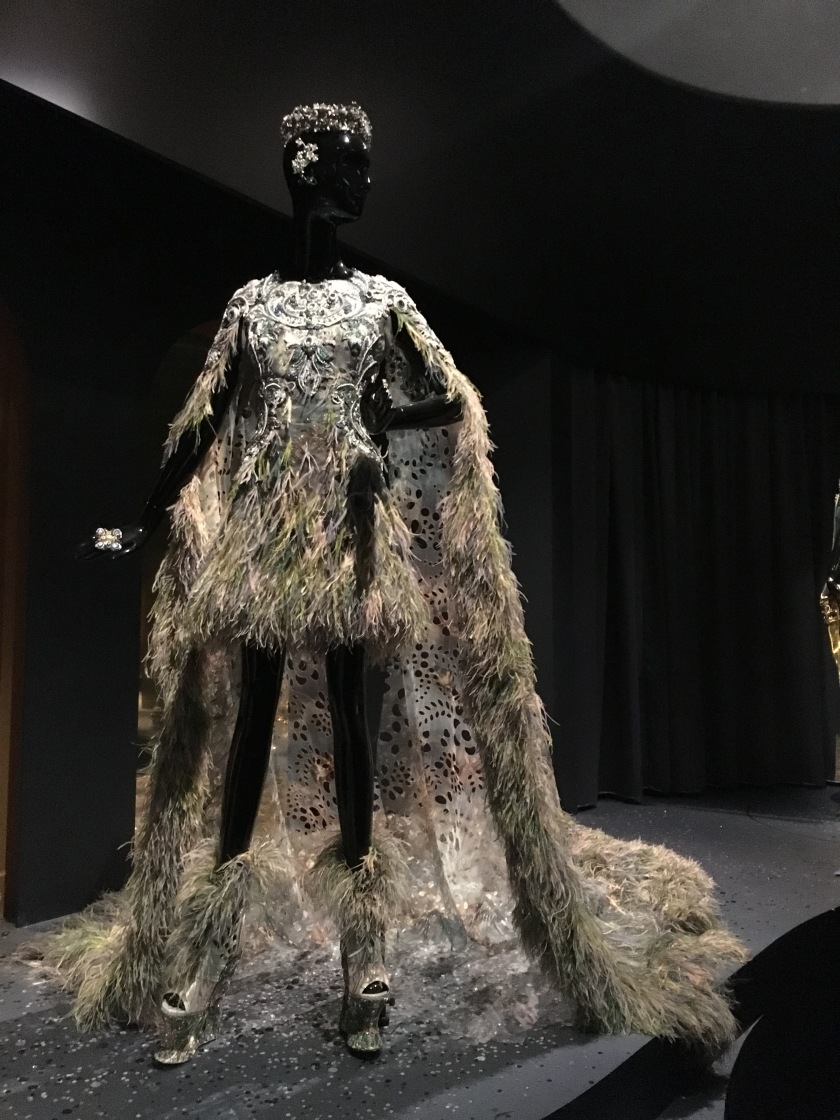 Works of art in their own way 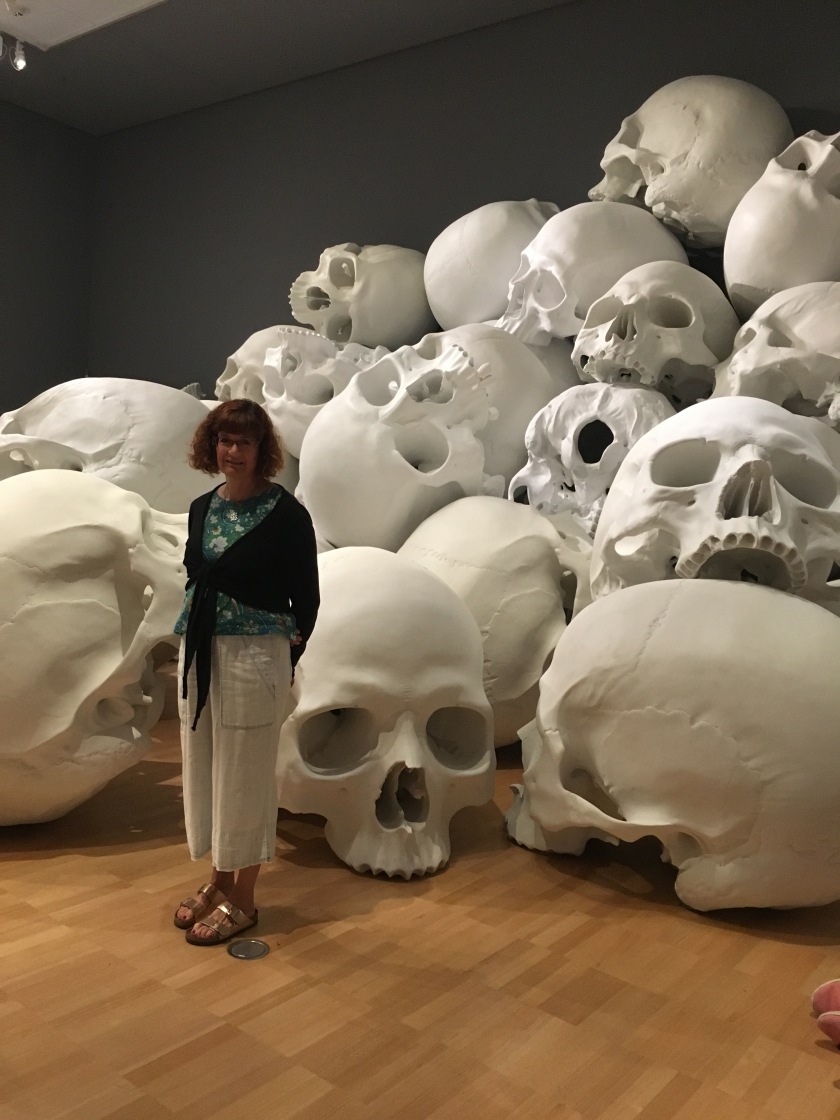 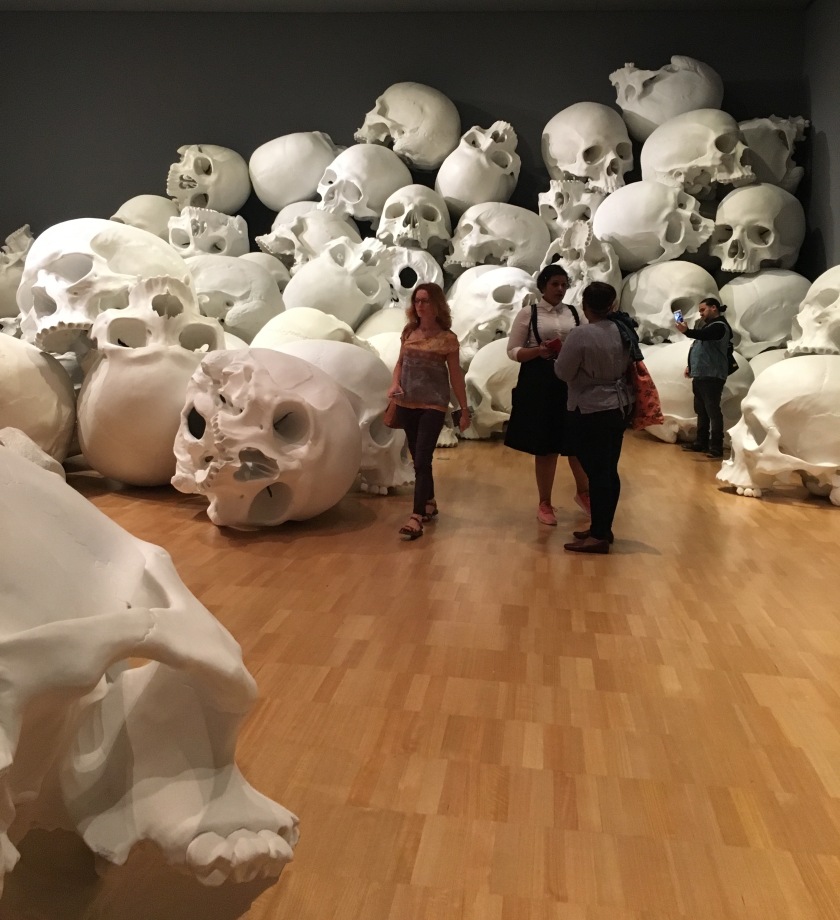 And one of the best parts:

As was our lunch

I had decided a long time ago that I would never pay to hear/see any of Wagner’s works.   I apologise to the aficionados who ‘get him’; I mean no offence.   But 15 hours for one work;  too long; too loud; too many high notes; too much for me.

So it was with some chagrin and surprise that I found myself at a concert on a Friday morning (yes I have joined the ranks of the ‘seniors’), having bought a ticket to hear my beloved Beethoven, only to discover that before him, I would be listening to Wagner. 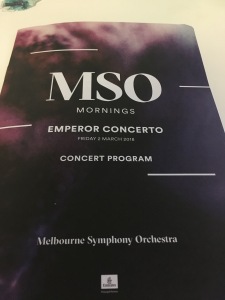 You would not have guessed it from the advertisements

So,  several firsts for me today:

And after an amusing introduction by Sir Andrew Davis outlining the opera (which takes some doing!!!) we sort of understood that we would be hearing part of Gotterdammerung: Act 1 – Dawn Music and Siegried’s Rhine Journey – see even the names are long and ‘loud’ and

And I was totally mesmerised

By the sound of Wagner.

and all too soon it ended. 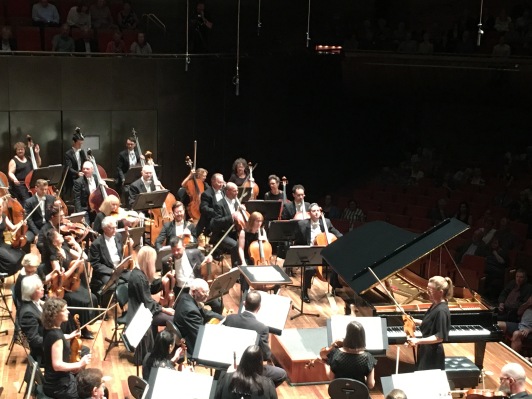 Admittedly there were no voices, only the large orchestra and I was so close I could read the music of the harpists below me – so it was visually fascinating too.

Just maybe, I will give Wagner another ‘go’ one day.

In the meantime I shall continue to delight in the familiar accessible glorious majestic tones of Beethoven’s Emperor Concerto which was the finale.
And NEVER disappoints.

I have recently become a ‘footie tragic’.   It all began with watching my friends (quite a few of them it as it happens) who over the years have donned their yellow and black and madly cheered and cursed their beloved Richmond Tigers.   I did not ‘get it’ thinking them slightly odd ;  and then this year I did (get it)

And for the moment, I too am caught up in the excitement that is Melbourne in Grand Final Week.   Even to wearing a scarf.  You bet it is yellow and black.   And I mean Wearing it, all day, every day, to Park Run (I was not alone) to the shops, (I was not alone), to the grand parade, walking Coco; watching TV.   And everywhere complete strangers become friends as the yellow and black unites us.

Founded in 1885  Richmond  is a very ‘old’ club with its own railway station (well almost) The club has not won a premiership since 1980 – which in football terms is a very long time.   Every time I read up on Richmond there is a different reason put forward for the remarkable passion the Richmond followers have for their team;  from the age of the club to the club song (which is very catchy); to the colours to this to that 😂 so it would appear, no one is quite sure why.   But there it is, Richmond fans are loyal and fanatical. 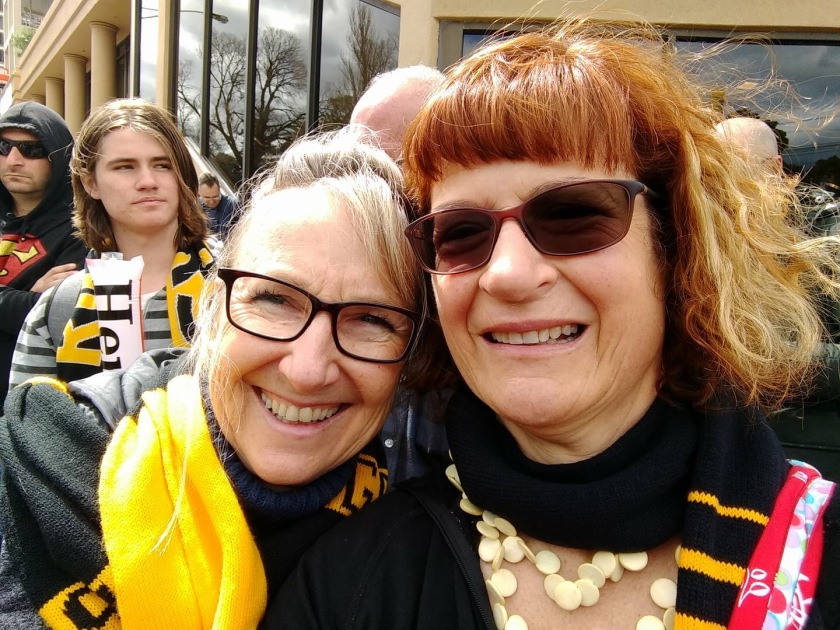 Whatever the reason, when the state declares a public holiday and Richmond is now in the finals, one just HAs to go to the grand parade in the city.  Apparently 150 000 other supporters also HAD to go.

We travelled in by train – together with families of all shapes and sizes, single tragic supporters, couples, – the train was packed; standing room only.    And so the fun began.

Melbourne put on its best face, the sun shone, but not too strongly, the wind blew, but not too briskly, the crowd moved, but not too quickly and we just smiled and allowed the throng to take us with it.     A stop for a coffee gave us time to watch the world go by and then on to the parade.

We could see nothing of The March – we just weren’t tall enough with the crowd so deep.  It didn’t matter.

The people, families, couples, singles, everyone willing their team to win, everyone soaking up the weather, the city, the energy, the glorious atmosphere that is Melbourne.

Our stomachs were calling us to fuel them, and we looked for a table – there were hundreds, all taken.  Resourceful Jackie found us a corner and amongst scores of yellow and black clad diners, we shared a lovey paella, talked about everything football and non football; and wandered home, weary but so grateful to be in Melbourne at Grand Final time.

Home made supporters – so special 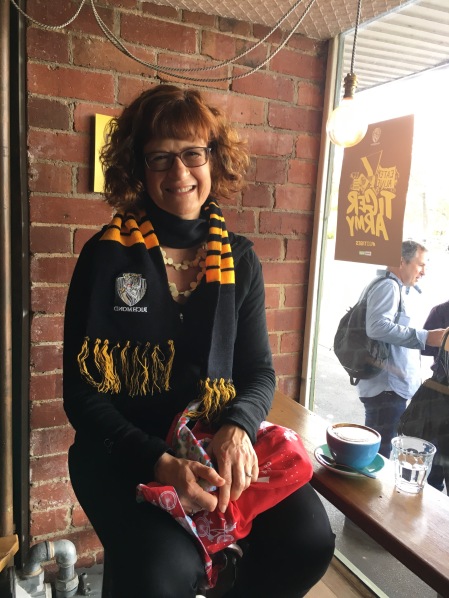 All that remains is to survive the actual match, families meeting in so many different places and ways.   Some 120 000 lucky enough to be at the MCG, some at home, in hotels, in pubs, the city is Pumping with energy as we wait for our team to….. well that’s the question – win or lose?   Time will tell. 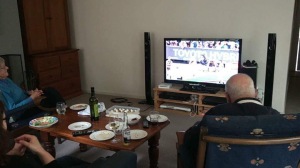