The oldest desert in the world, so the scientists say, more than 500 million years old in fact.   The Namib (open space) is just that – so open it forces your heart to expand and your soul to lift and time to stand still.     So at times as we sat and absorbed the expanse, the silence, the colour, the feel, the vastness it felt as though time too, had stopped.

Was this where time began?

Or is these where time has ended? 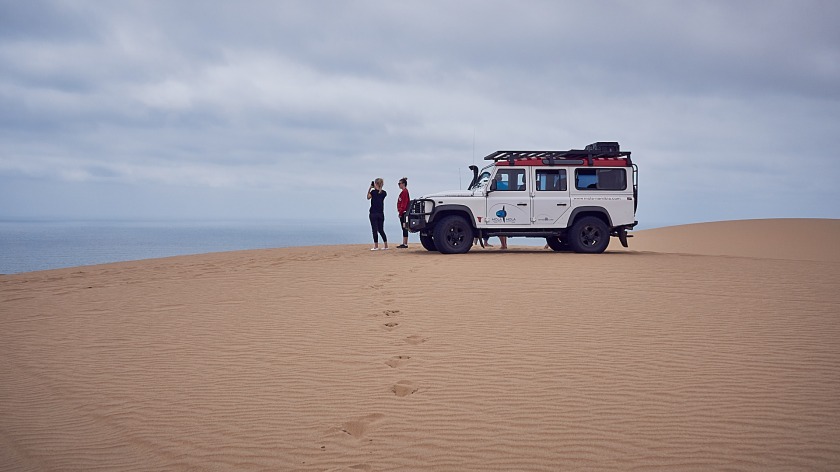 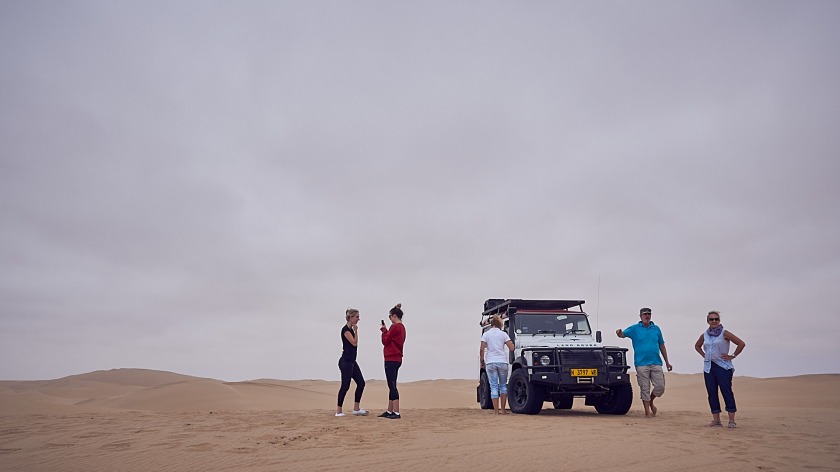 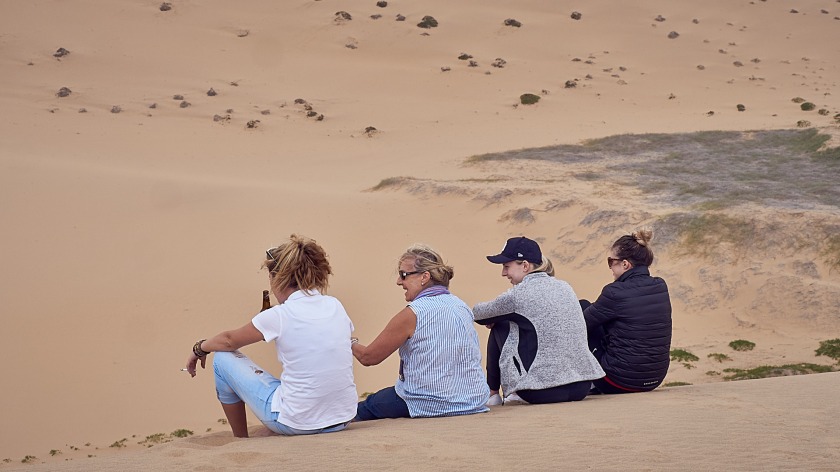 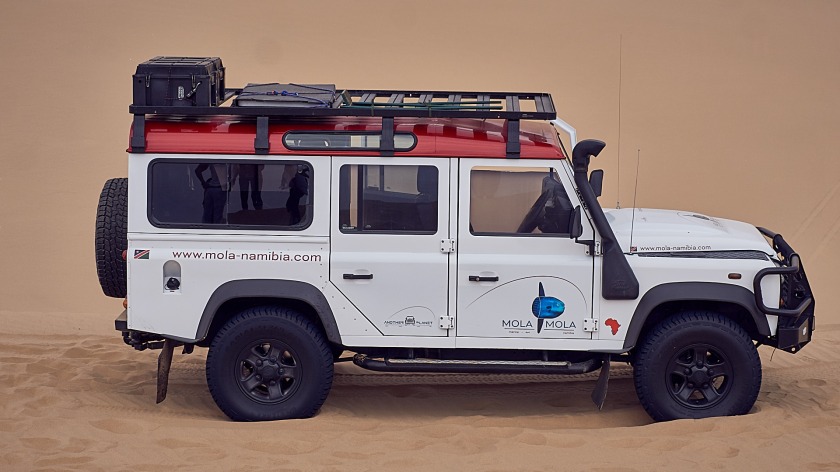 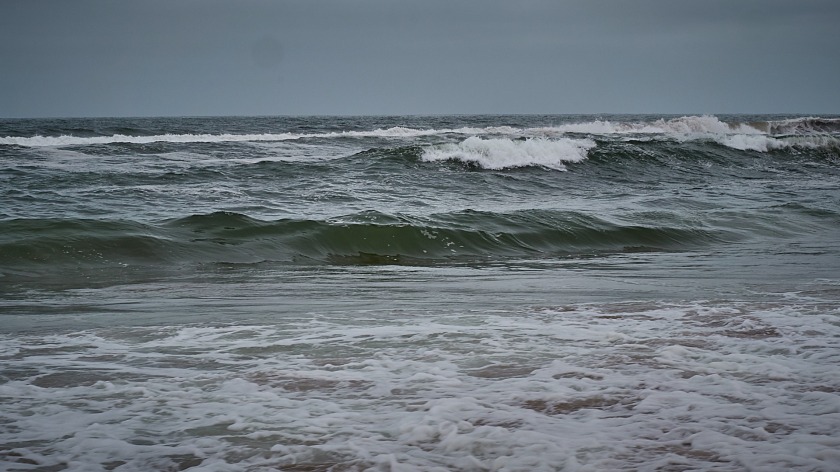 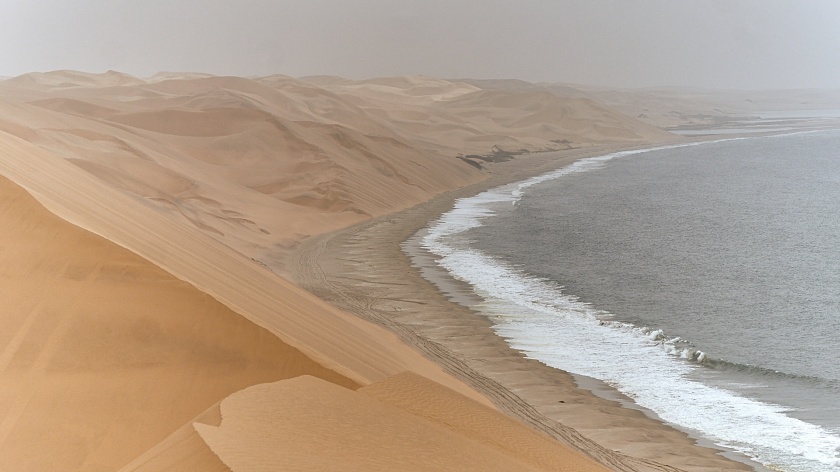 and this is what happens when you don’t time the tide correctly !!!!!

photos courtesy of the Powrie girls and Erika de Jäger

…in the south west corner of Africa.     Namibia gained independence only in 1990 South Africans have always felt a close affinity to what was previously called South West Africa with many of our young men spending time in the military in this part of the world. 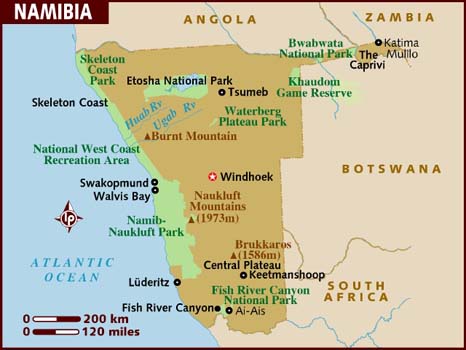 For much of my youth large parts of the country were ‘out of bounds’ because of the fighting ‘up north’ as we used to say.

Happily now, we are free to explore – and that is precisely what we did recently.

Well actually we only explored a little of the country – 10 days is not enough to do it justice.   Almost the size of South Africa, with a population of 2.5mill (S African has approx 60mill) it is a deliciously sparsely populated so that it is possible to ‘escape the madding crowd’ and absorb the light and air unhindered.

We began in Walvis Bay, with time spent on the water sharing our boat with friends 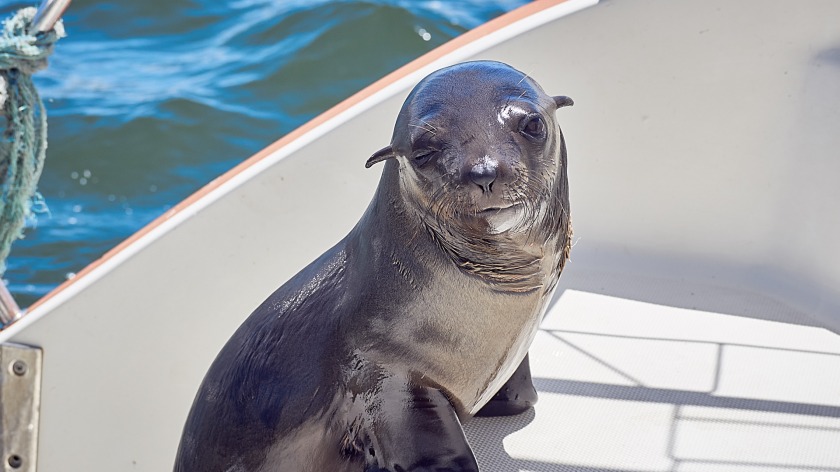 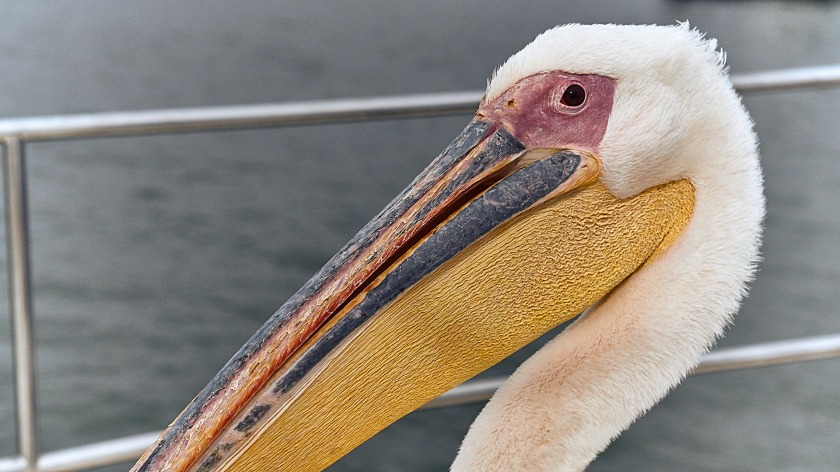 The light and mood in the bay is extraordinary – enjoy 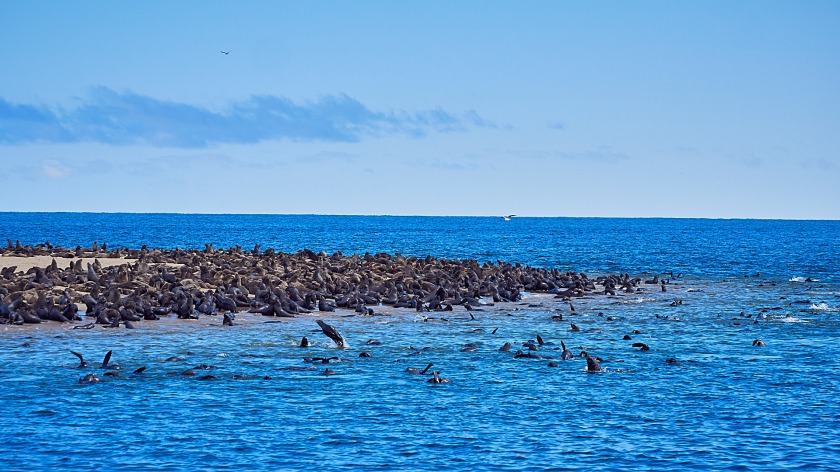 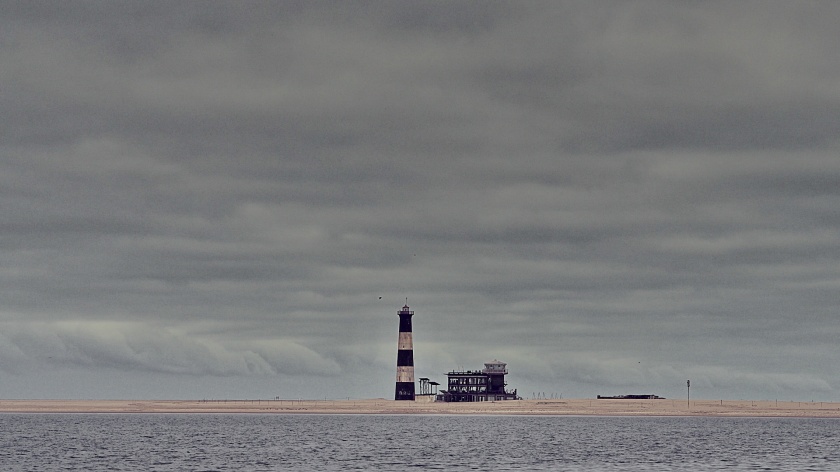 The Salt Pans are also amazing – this salt pan currently supplies South Africa with 90% of it’s salt; concentrated salt from seawater with the aid of evaporation.    This salt pan also forms part of Southern Africa’s single most important coastal wetland for migratory birds. 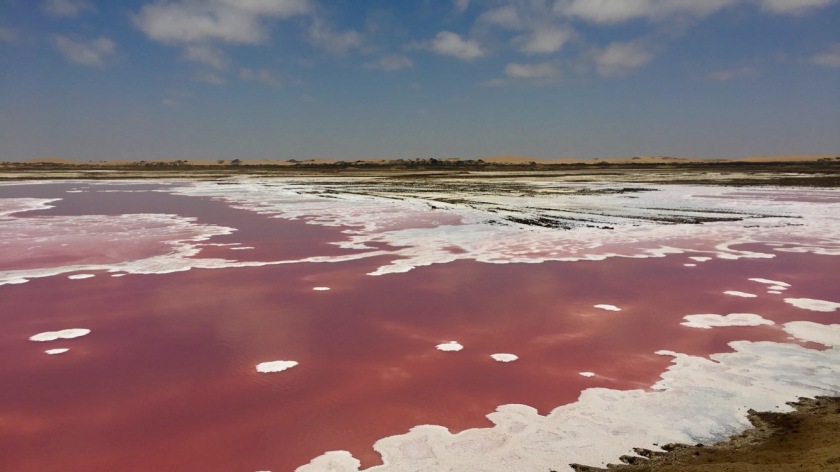 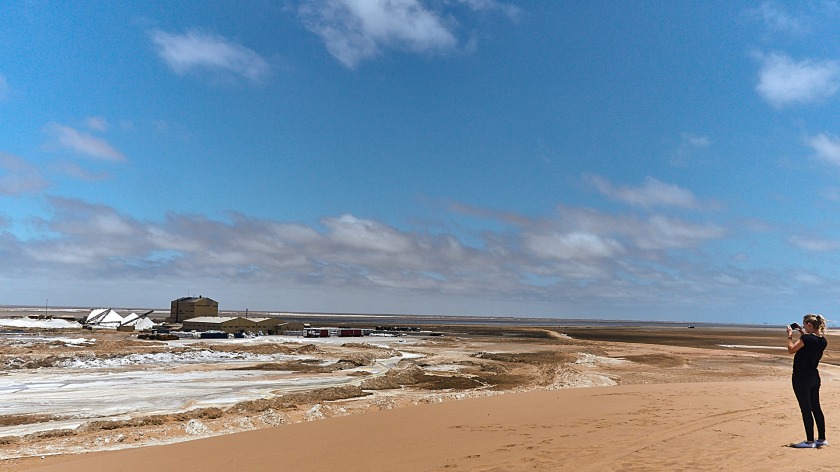 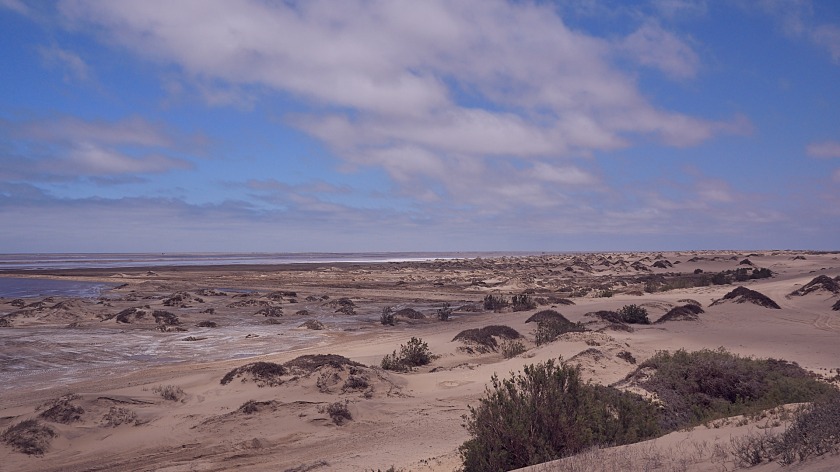 and when we thought we had seen such beauty nothing could compare, we visited Sandwich Harbour…… which deserves it’s own page.

(photos courtesy of the ‘Powrie girls’ and Erika De Jager)

I have recently become a ‘footie tragic’.   It all began with watching my friends (quite a few of them it as it happens) who over the years have donned their yellow and black and madly cheered and cursed their beloved Richmond Tigers.   I did not ‘get it’ thinking them slightly odd ;  and then this year I did (get it)

And for the moment, I too am caught up in the excitement that is Melbourne in Grand Final Week.   Even to wearing a scarf.  You bet it is yellow and black.   And I mean Wearing it, all day, every day, to Park Run (I was not alone) to the shops, (I was not alone), to the grand parade, walking Coco; watching TV.   And everywhere complete strangers become friends as the yellow and black unites us.

Founded in 1885  Richmond  is a very ‘old’ club with its own railway station (well almost) The club has not won a premiership since 1980 – which in football terms is a very long time.   Every time I read up on Richmond there is a different reason put forward for the remarkable passion the Richmond followers have for their team;  from the age of the club to the club song (which is very catchy); to the colours to this to that 😂 so it would appear, no one is quite sure why.   But there it is, Richmond fans are loyal and fanatical.

Whatever the reason, when the state declares a public holiday and Richmond is now in the finals, one just HAs to go to the grand parade in the city.  Apparently 150 000 other supporters also HAD to go.

We travelled in by train – together with families of all shapes and sizes, single tragic supporters, couples, – the train was packed; standing room only.    And so the fun began.

Melbourne put on its best face, the sun shone, but not too strongly, the wind blew, but not too briskly, the crowd moved, but not too quickly and we just smiled and allowed the throng to take us with it.     A stop for a coffee gave us time to watch the world go by and then on to the parade.

We could see nothing of The March – we just weren’t tall enough with the crowd so deep.  It didn’t matter.

The people, families, couples, singles, everyone willing their team to win, everyone soaking up the weather, the city, the energy, the glorious atmosphere that is Melbourne.

Our stomachs were calling us to fuel them, and we looked for a table – there were hundreds, all taken.  Resourceful Jackie found us a corner and amongst scores of yellow and black clad diners, we shared a lovey paella, talked about everything football and non football; and wandered home, weary but so grateful to be in Melbourne at Grand Final time.

Home made supporters – so special

All that remains is to survive the actual match, families meeting in so many different places and ways.   Some 120 000 lucky enough to be at the MCG, some at home, in hotels, in pubs, the city is Pumping with energy as we wait for our team to….. well that’s the question – win or lose?   Time will tell.