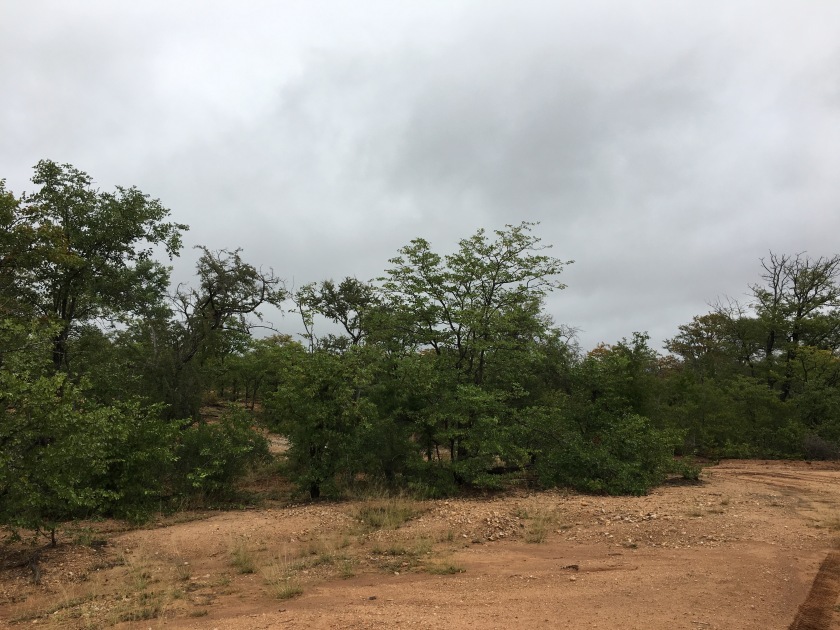 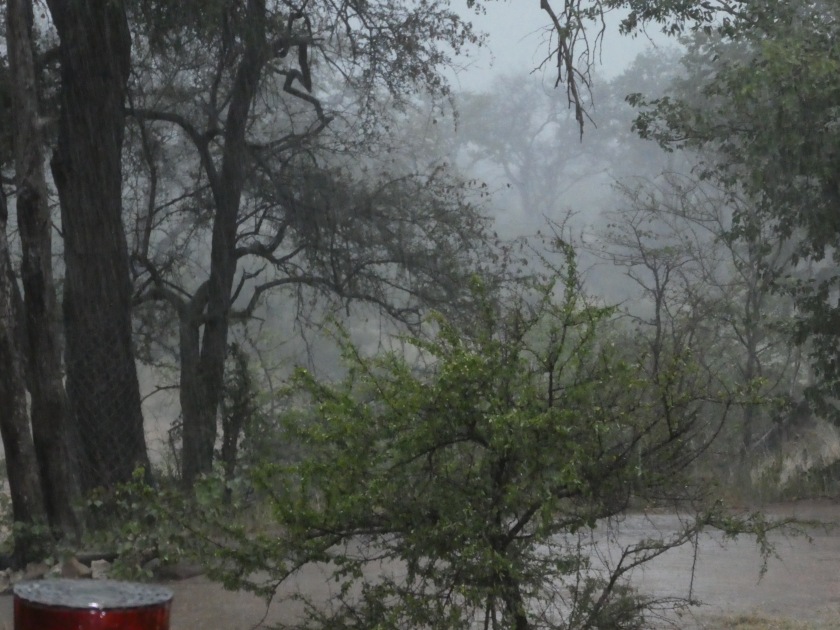 There’s more to The Bush than the bush.

There’s more to The Bush than the big five, or even the little five, or the birds, or the snakes.

The Bush is about the smell, the sound,the Feel.

In this instance, the wind, the rain.

First fierce and dominating so that speech is pointless as words are carried away with the hustle of the storm. Water cascading down, flooding every corner of the land and disappearing quickly into ground parched and thirsty to drink.

And then, spent, the heavens seem to rest and the rain falls gently, so gently my clothes don’t get wet yet I can see the drops still falling on the water hole.

On this day, most holy day of Good Friday it seems appropriate that the sky is black and angry and the storm rages down on us.

And it seems also appropriate that as I turn to look to my right, I see the light through the clouds, not yet shining, but with the look of a promise of what is to come; sun and renewed growth.

And the rainbow to remind me, on this holy day, most holy day of Good Friday;  not of our covenant with Him, but His with us. 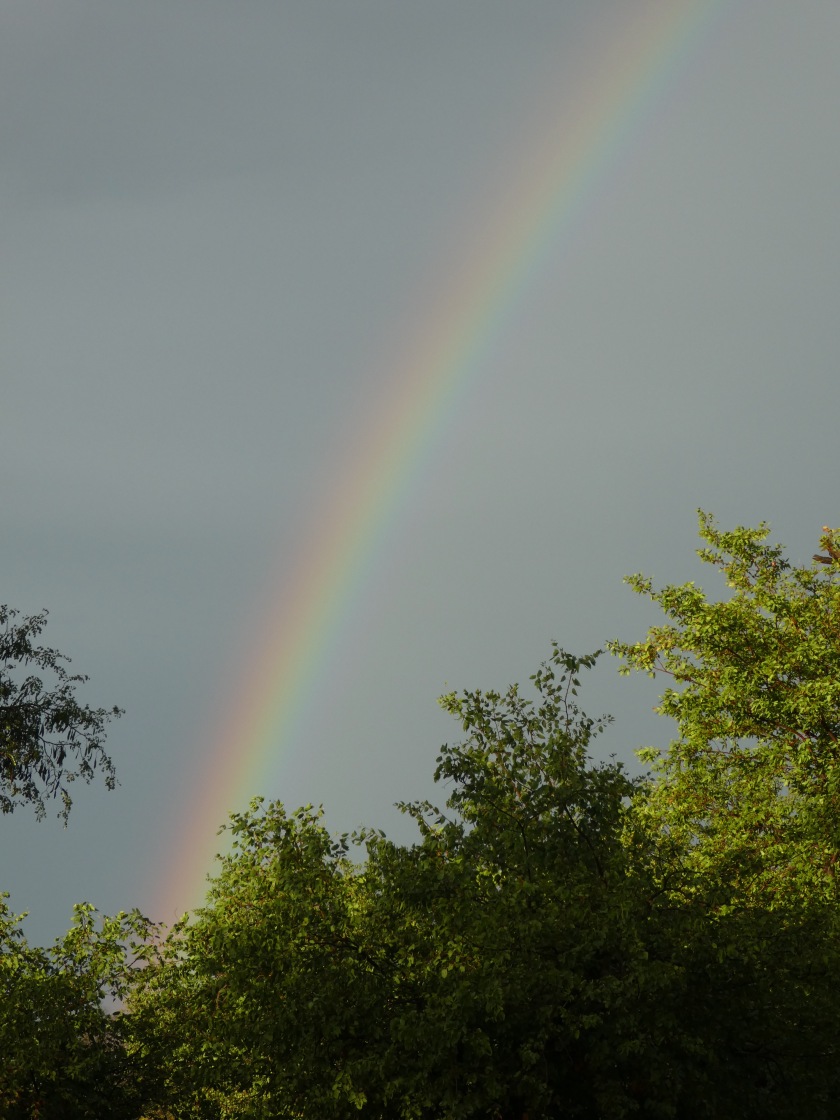 “When I bring clouds over the earth, and the rainbow appears in the clouds, I will remember my covenant between me and you and every living creature—every mortal being—so that the waters will never again become a flood to destroy every mortal being.” (Gen 9)

There is more to The Bush than the bush 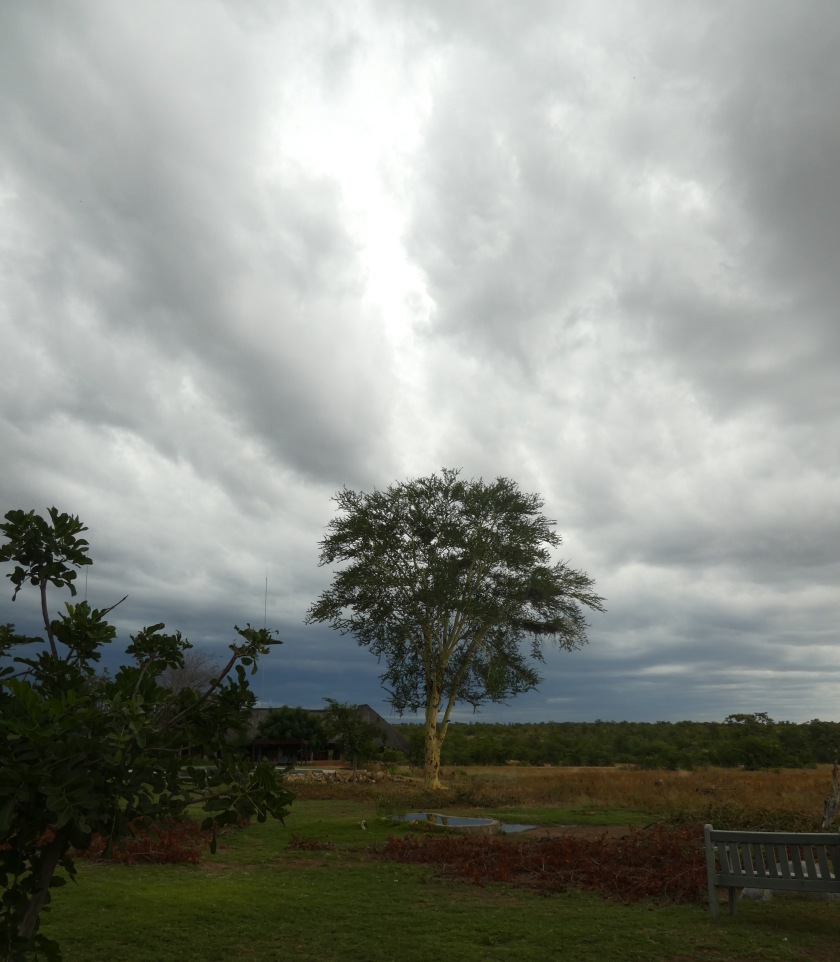 As if to remind me how special.

As if to highlight what was.

The clouds have settled, the rain is streaming down, the shutters rattling and I can see absolutely nothing from my windows.

The lights are on, the chimney whistling, my hair washed (and smelling of roses and geraniums the bottle tells me), a hot coffee getting cold alongside me as I sit on my bed contemplating the amazing five days I have just had.

It all began with Kate Pilcher and her http://www.globetrotting.com.au. Or perhaps with something even older, a primeval horse-man thing stirring within and disturbed again by her.

And swallowed hook, line and sinker.

I did some sit ups (clearly not enough) some squats (clearly enough), borrowed riding gear, found some Dutch courage, a sense of humour, and have lived to tell the tale.

Every day we breathe has the potential to be an adventure, at home with the dog or across a continent with a horse and new friends.

So crazy as the idea was, and against sound advice and my own ‘adult voice’ I took the plunge

I have seen the sky filled with light from a million stars;

I have seen the moon appear like a silver sliver over the mountains;

I have felt the thrill of half a tonne of animal galloping beneath me on a beach, alone, with only the gulls, waves, sand, sun and a solitary seal as witness;

I have felt the pain of a body used;

I have marvelled at the skill and strength of those gone before whose only means of transport was horse;

I have witnessed beauty that no iPhone can do justice to.

As I savour the solitude of Farm 215 and Bruce’s amazing food for the last time, I give thanks, I know I have been fortunate 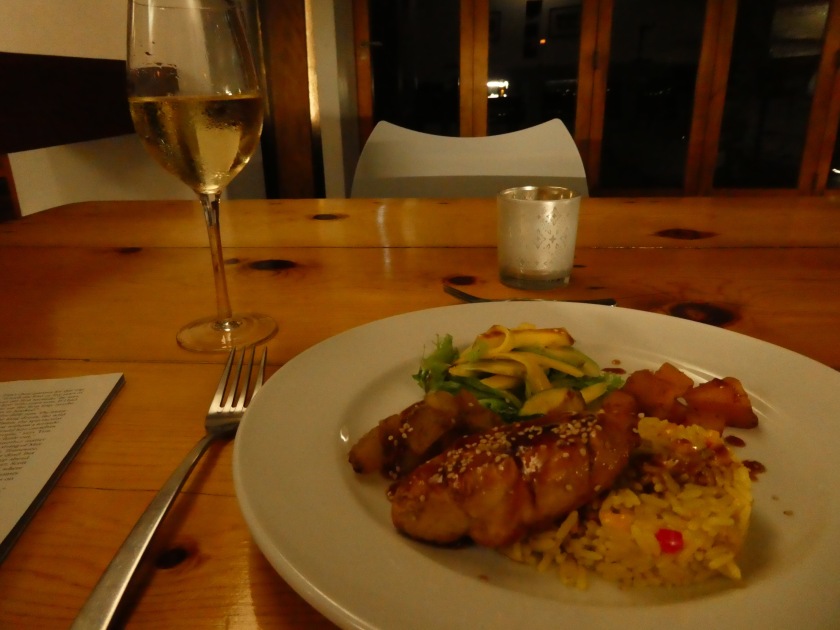 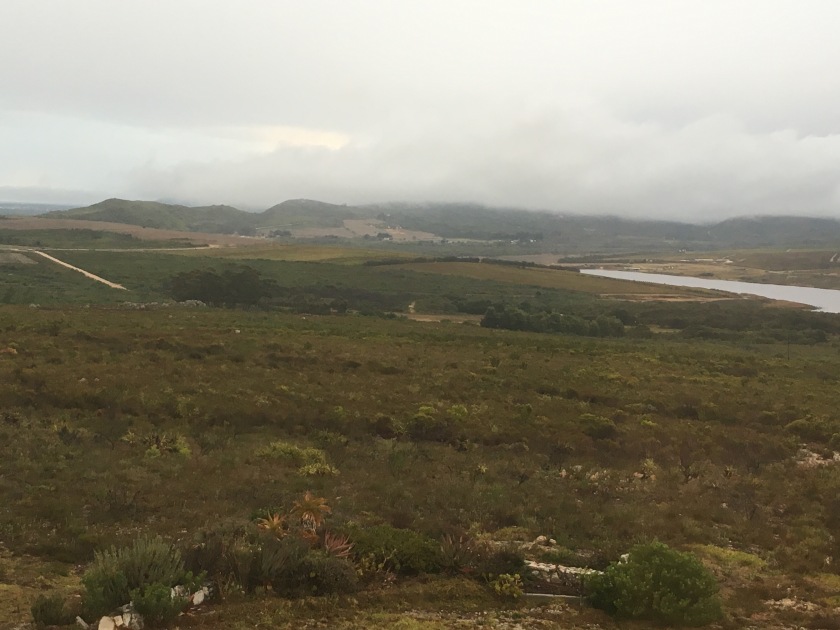 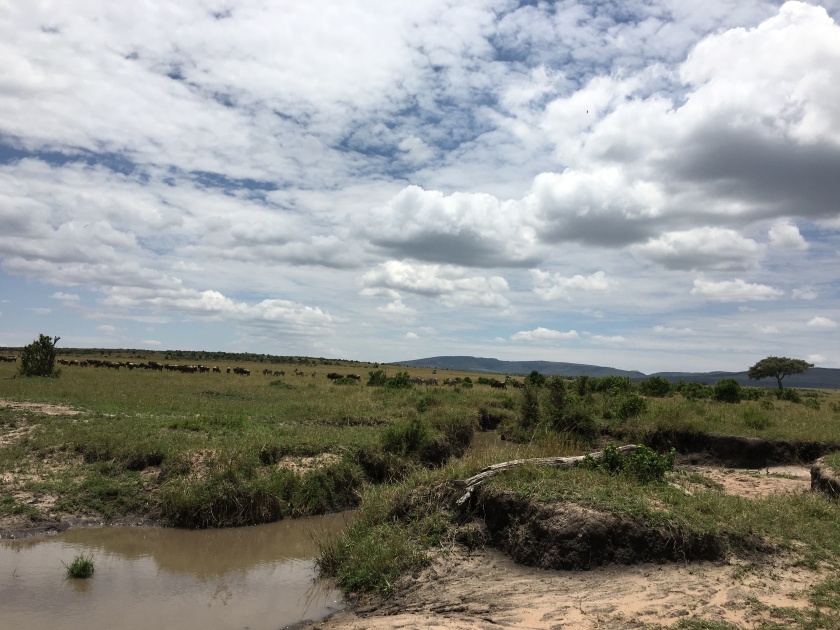 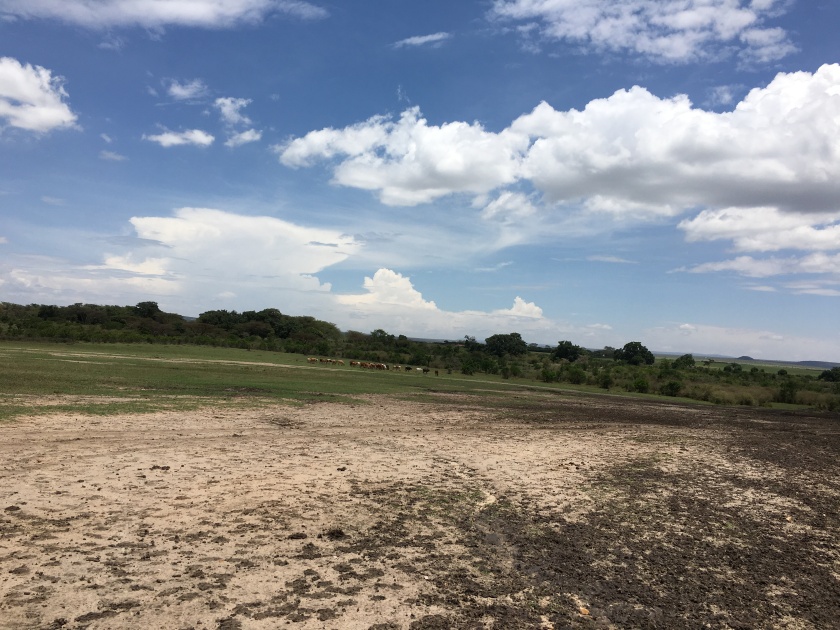 We were out for over 8 hours today
Great fun.

The CB radio is like white sound in the vehicle – voices talking loudly non stop and when we congregate at a lion or rhino they all sound together – a cacophony of modern technology
– perhaps I was the only one who noticed?

Miles and miles of open plains. The great herds gave left ( not sure if I should be pleased or not – with the herds come hordes if you know what I mean). The views are lovely.

Lunch on a rug – all very civilised until I stood up with a wet you know what – the ground is sodden everywhere.

It has rained each afternoon so we went exploring to visit a very upmarket camp where we had coffee, and drove back in comfortable silence with the windows wide open

There is nothing as lovely as the bush just after rain – the buck twitch their ears, the birds call, the air has a smell that fills lungs with joy – unique; everything is washed new – well actually the roads were washed not new but totally away 😂 but we won’t spoil the story

And then just as I was thinking how perfect – the heavens opened and dumped solid sheets of rain. It took us over an hour to get 7 km!!!! The road was a river, Livingstone at times couldn’t see at all and we just had to stop – it was unbelievable

Another S.. Day in Africa as the saying goes 😀